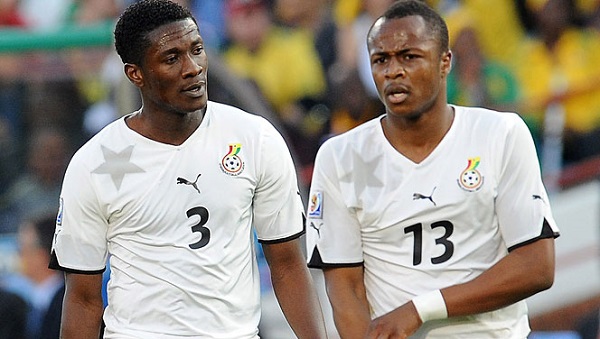 Former Vice President of the Ghana Football Association, Fred Pappoe, has warned of potential conflict in the Black Stars team if the role of the “cosmetic” General Captain is not well spelled out.

Striker Asamoah Gyan was made General Captain of the team with his former deputy, Andre Ayew, taking over as captain of the senior national team.

Gyan, 34, initially rejected the role and retired from the team before rescinding his decision less than 48 hours later following talks with the president, Nana Akufo-Addo.

But Pappoe, a former management committee chairman of the Black Stars, has described the role as “cosmetic” and warns that an improper definition of the  roles of the two players could create conflict in the team ahead of AFCON 2019.

“If the General Captain decides to work without any clear definition of his role, and the captain also decides to work to the best of what he’s required to do, conflicts may arise, because there will be overlaps, ” Pappoe told Happy FM.

Gyan held clear-the-air talks with Ghana head coach Kwasi Appiah on Tuesday after the pair clashed over the decision to take the captaincy from Gyan and hand it to Ayew.

Ghana will open camp in Dubai on June 1 and will play Namibia and South Africa in friendly matches during their 3 week stay before enplaning to Egypt.

Ghana are housed in Group F with Cameroon, Benin and Guinea Bissau as they seek to win a first AFCON title since 1982.