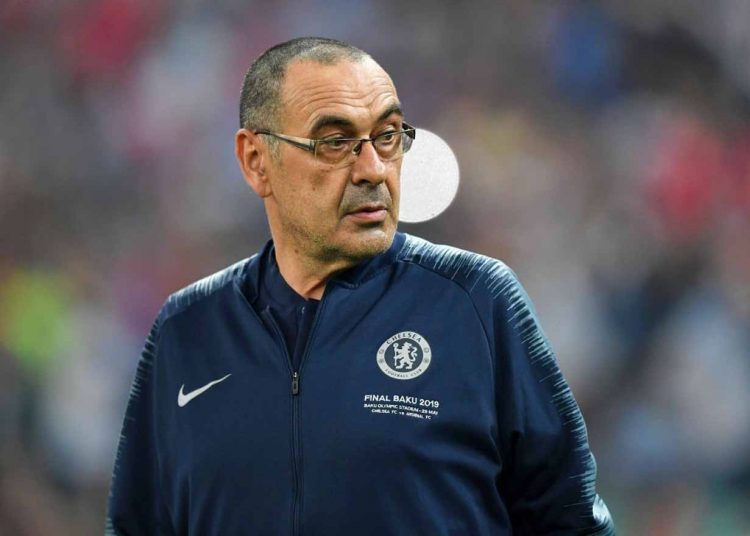 Maurizio Sarri has informed Chelsea he wants to leave the club this summer, according to Sky in Italy.

In his first season at Stamford Bridge, Sarri secured Chelsea a return to the Champions League by sealing a third-placed Premier League finish, before claiming the first major trophy of his career by lifting the Europa League.

However, amid interest from Serie A champions Juventus, Sarri held talks with Chelsea director Marina Granovskaia on Friday and she promised to talk to the club’s owner Roman Abramovich about his future.

Despite delivering a more than adequate performance in terms of end-of-season results, Sarri endured consistent criticism from a significant portion of the club’s supporters throughout the campaign.

Chelsea beat Liverpool and Tottenham to advance to the Carabao Cup final, which they lost on penalties to Manchester City, but fans remained unsatisfied with the possession-based ‘Sarri-ball’ style of play the Italian was attempting to implement.

With Massimiliano Allegri having departed Juventus earlier this month, Sky in Italy understand that Sarri is the club’s primary candidate to fill the role, and he now appears keen to take up the position.

Ahead of his showdown talks with the Chelsea hierarchy, Sarri met with his agent Fali Ramadani, who prepared his client to engineer a route out of the London club.