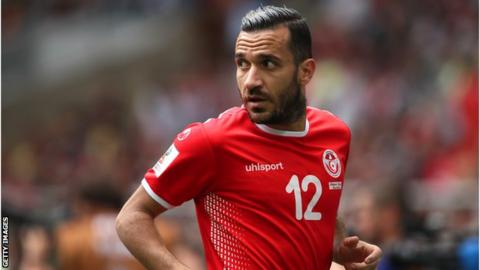 Maaloul has been one of the most consistent players in the season’s Egyptian Premier League, scoring six goals while assisting seven in 24 games.

He helped Al Ahly top the league table with only two games to go, which promoted the Red Devils to extend his contract at the club.

Despite his impressive performances, the 29-year-old has been left out of Tunisia’s 2019 AFCON squad in favour of Étoile du Sahel’s Karim Aouadhi.

Maaloul’s omission comes as a major shock, especially after the player featured in both of Tunisia’s friendlies ahead of the AFCON against Iraq and Croatia.

On the other hand, Zamalek’s Ferjani Sassi has made the list despite being sidelined due to injuries since April, while his teammate Hamdi Nagguez didn’t make the provisional squad.

Tunisia were drawn in group E alongside Mali, Angola, and debutants Mauritania, with their first game taking place against Angola on June 24.