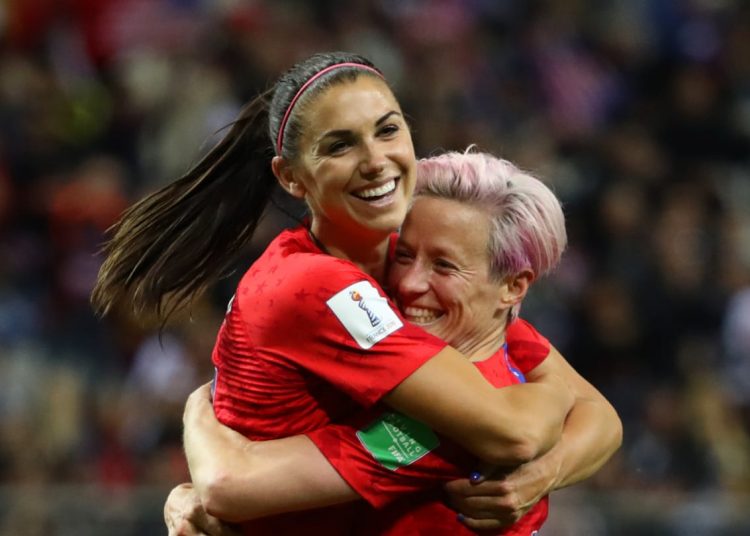 The United States recorded the biggest ever victory in the Fifa Women’s World Cup as they crushed Thailand 13-0.

The 2015 winners were 3-0 up at half-time, scored four times in 10 minutes in the second half and then added six more goals in the last 16 minutes.

The United States’ previous biggest win in the tournament was a 7-0 success over Chinese Taipei in 1991, while Germany’s thrashing of Argentina came in 2007.

How the goals went in

Ruthless USA do not let up

The USA players refused to take their foot off the accelerator in the closing stages, taking an 8-0 lead into the final 12 minutes before adding five further goals.

Several of Thailand’s players were clearly upset at the final whistle, with tears streaming down forward Suchawadee Nildhamrong’s face, while some members of the USA team attempted to console their opponents.

Five-goal striker Morgan said: “With the scoreline tonight, we have to look at the group stage as every goal counts.

“It was important for us to continue to go. We knew every goal could matter.”

The defending champions have lost just one international game since July 2017 and have now won seven games in a row, scoring 36 goals in the process, and not conceding in five matches.