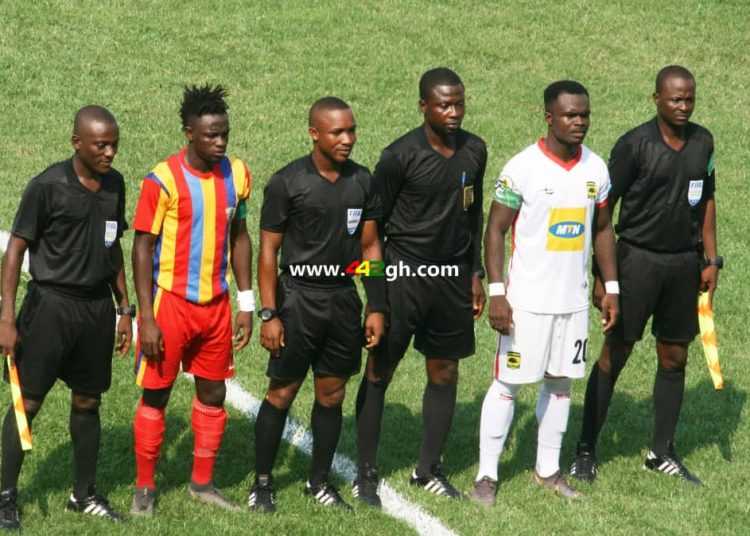 Kumasi Asante Kotoko progressed to the final of the NC Special Tier 1 competition after beating rivals Hearts of Oak 5-4 on penalties following a 1-1 draw in the semi final at the Accra Sports stadium.

Abdul Fatawu Safiu scored for Kotoko very early in the first half before an injury time penalty from Christopher Bonney pulled the Phobians level and took the game to penalties.

Asante Kotoko got the opening goal inside 6 minutes. After Naby Keita found the returning Abdul Fatawu Safiu on th3 edge of the area, the former Inter Allies man shifted the ball into his right foot and let fly into the bottom right hand corner of the Hearts goal.

Kim Grant’s men emerged the better team in the second half, pummeling the Kotoko area with a barrage of attacks. But a combination of feeble shots and at times, great piece of defending from the Porcupine Warriors, kept the Phobians at bay.

In the 89th minute, Hearts felt they should have been awarded a penalty after Joseph Esso went down in the box after a challenge from Ismail Ganiu. But referee George Vormawah waved play on, much to the dismay of Phobian players and fans alike.

Deep into injury time, Hearts finally got the penalty they felt they deserved earlier after the ball struck the hand of a Kotoko player in the box.

That proved the last kick of regulation time and the game headed straight into penalty shootouts as darkness descended on the Accra Sports stadium.

AMOS FRIMPONG slots in the finals Penalty kick to win it 5-4 on penalties for the Porcupine Warriors. @AsanteKotoko_SC are in the finals of the NC SPECIAL COMPETITION pic.twitter.com/oI70qlDjoD

Kotoko will now face Karela United in the final after the Aiyinase-based side beat Ashantigold 1-0 in the other semi final in Obuasi.