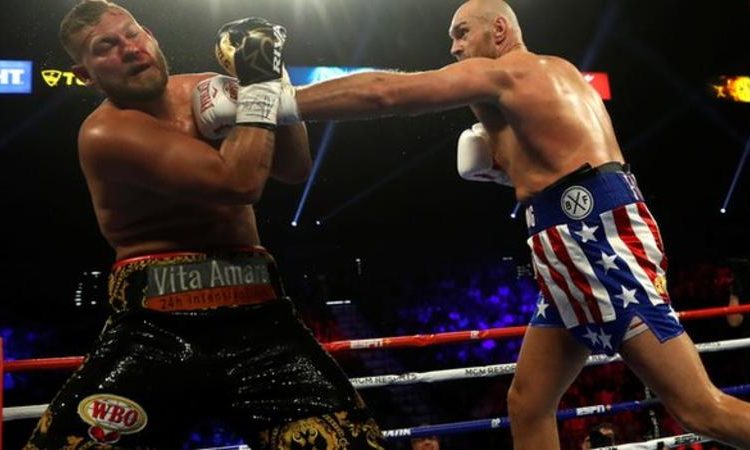 Fury had little difficulty in breaking through the Schwarz guard (Image credit: Reuters)

Fury, wearing shorts with the American stars and stripes, entered the ring to James Brown’s Living in America.

Fury, 30, backed Schwarz to the ropes in the second, driving a right hand home to drop the German to the floor.

Seconds later, with Schwarz bloodied and under attack, his corner threw in the towel as the bout was waved off.

“I got a big man out of there by switching it up. He caught me with a couple but you can’t go swimming and not get wet,” said Fury, who now has 28 wins and a draw on his record.

“I came here to have fun and enjoy myself. I don’t take it too seriously. I thought I put on a good show and the fans got what they paid for.”