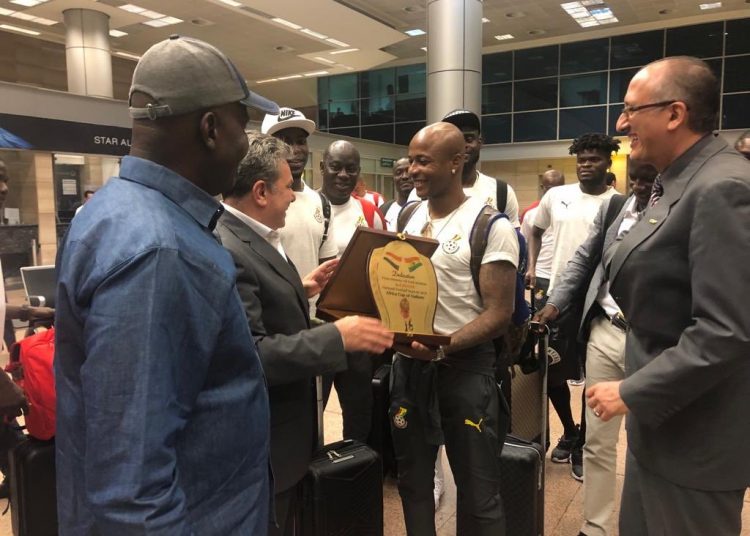 The Black Stars of Ghana have safely landed in Egypt for the 2019 Africa Cup of Nations.

Kwesi Appiah’s squad arrived at the Cairo International Aiport at 2pm local time and was met at the airport by members of the Local Organising Committee. 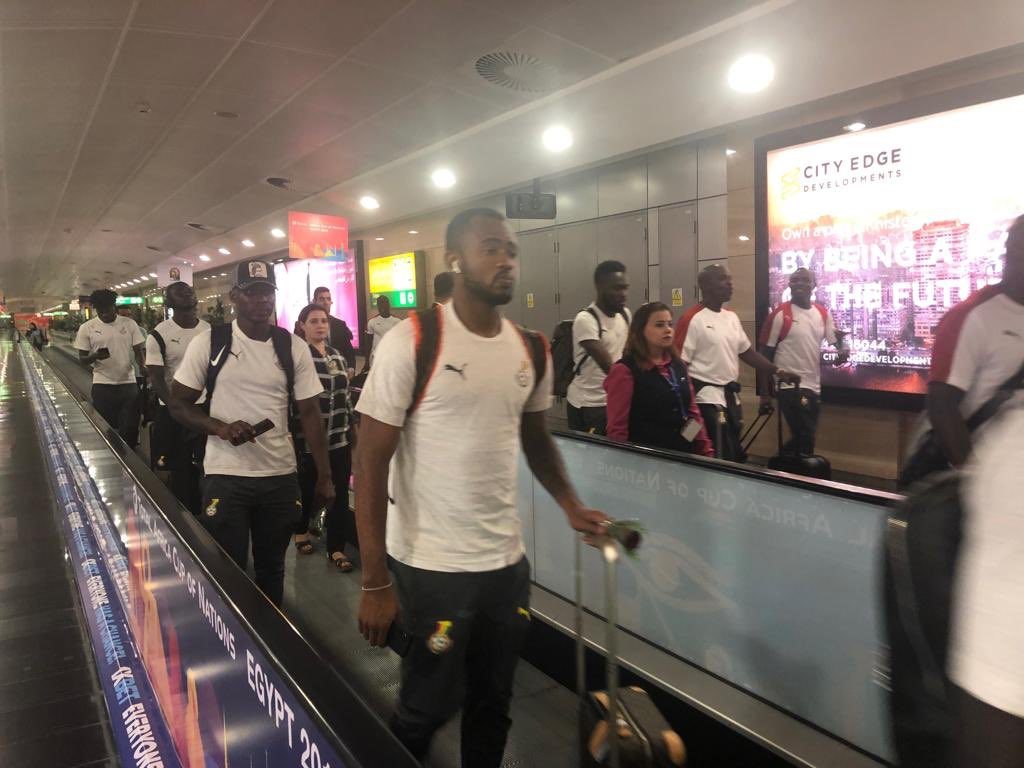 The team is expected to be transported to Ismailia later on Friday where they will be based for the group stages of the competition.

The team concluded their 3 week training in the United Arab Emirates on Thursday and flew out to Egypt on Friday.

They face Benin in their opening game on Tuesday at 8pm.

The 2019 AFCON kicks off on Friday with Egypt taking on Zimbabwe in the opening game at 8pm.