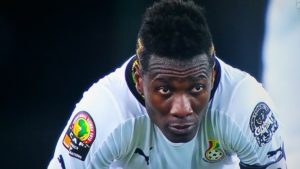 The long wait is finally over. The Africa Cup of Nations tournament begins and as a football fan and Ghanaian, my expectation is that Ghana will this time end its 37-year trophy drought and give meaning to the ‘Ghana is a football nation’ accolade.

With Ghana having one of the biggest budgets, if not the biggest, for the tournament, it appears the usual murmuring that characterizes dressing room conversations and attitudes because of player remuneration, will not occur this year.

Having scaled that ‘motivation’ wall, one thing that is crucial to the success of the team is unity and cohesion. The talk about unity brings back the recent issues about the Black Stars’ captaincy and how the transition from team captain to general captain has played out. Indeed, it took the President of the Republic to restore some calm to the situation.

Asamoah Gyan, now the general captain, had to be talked out of retirement. He retired because the coach decided to take the armband from him and give it to Dede Ayew. The two, Gyan and Ayew, have not been the best of friends – though they have tried to downplay the extent of their rivalry.

My focus here is to look at the man Asamoah Gyan, and how relevant he remains to the team whether or not he has the armband.

Nelson Mandela once said, “it is better to lead from behind and to put others in front, especially when you celebrate victory when nice things occur. You take the front line when there is danger. Then people will appreciate your leadership.”

I grew up at a time where the Black Stars had captured the minds and hearts of Ghanaians and football lovers in general. I remember with clarity itching to close early from school so I could watch Ghana’s final group game against the USA at the 2006 World Cup.

Players like Michael Essien, Stephen Appiah and Asamoah Gyan, in particular, only evoked love when one thought of them back then, and I never thought that feeling would change, but here we are.

Baby Jet, as we have come to know Gyan, is undoubtedly one of the best football players the country has produced.  But over the years, he has become synonymous with both joy and heartbreak; top of the list being his penalty miss against Uruguay at the 2010 World Cup.

Leadership by example
In his illustrious but very controversial football career, the 33-year-old has scored 51 goals in 106 appearances for Ghana, the most by any player in a Black Stars jersey.

Add the fact that he’s the country’s joint top scorer at the AFCON and the highest scoring African at the World Cup and there’s no debating Gyan is your man for the moment; like every good leader, he has stepped up when he has been required to.

The difficulties and controversies surrounding the Black Stars Captaincy has been well documented over the years, and Gyan’s tenure as captain had its fair share. The biggest test of his leadership was perhaps during the 2014 World Cup, when Ghana’s campaign was tainted and marred with the money saga. Although one may argue Gyan could’ve done better in controlling the playing body, credit must be given to him for being able to rise above the off field distractions and make his mark on the pitch. Gyan left the tournament with two goals and an assist to his name.

Captain or General Captain – does it matter?
Let’s get this straight. Head Coach Kwesi Appiah made Gyan captain seven years ago, and has every right to give that honor to a different player if he feels the team needs a change.

His decision obviously hit Gyan hard, causing him to retire, and then rescind his decision days later after President Akufo-Addo’s intervention.

But should it matter who is captain and who is not?

Gyan has earned the respect of each and every player in the Black Stars. His achievements on the pitch are unmatched, and his efforts off it, remarkable.

When he chartered a flight for the whole team after a World Cup qualifier against Congo in 2017, when shambolic travel arrangements left the team stranded, Gyan demonstrated unrivalled magnanimity.
He doesn’t need the captain’s armband to show leadership or make his presence felt. His achievements on and off the pitch have cemented the legacy of his leadership. He has become a symbol of fun and entertainment in the Black Stars camp – a glue that binds the team together and fosters unity. Isn’t that what leaders do?

The Performance of the team at this year’s AFCON is not going to be determined by whether or not he is captain. Ghana has more of an advantage empowering more leaders in the camp.

The current situation only takes pressure off Gyan and allows him to focus solely on his game ahead of the competition. With a squad which has a fine blend of youth and experience, Ghana has every chance of ending their 37-year wait for the AFCON title, and with Gyan playing a silent but deadly role behind the scenes I only see this as a win-win situation for the Black Stars.