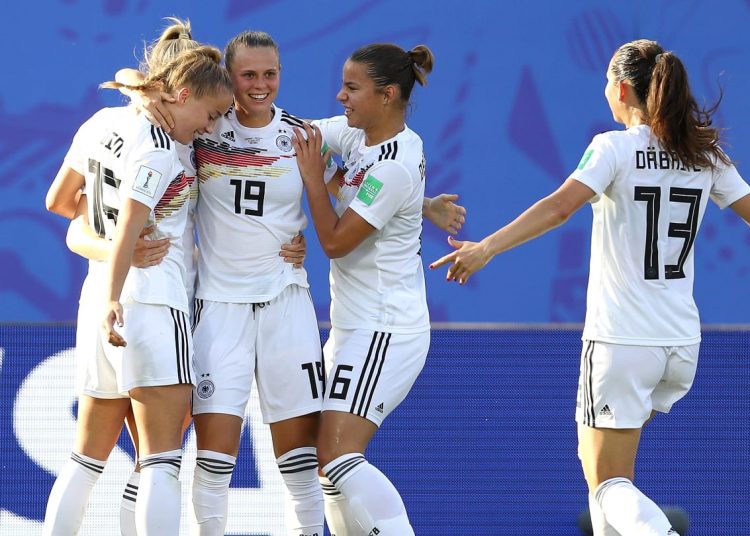 VAR once again had a major influence at the Women’s World Cup as Germany beat Nigeria 3-0 to reach the last eight.

Alexandra Popp’s 20th-minute headed goal was allowed to stand by referee Yoshimi Yamashita after she deemed Svenja Huth was not interfering in play while in an offside position.

Then, following another VAR check, she awarded a penalty having ruled that Evelyn Nwabuoku had fouled Lina Magull.

Sara Dabritz converted from the spot and Lea Schuller fired in a late third.

Either Sweden or Canada stand between the two-time winners and a place in the semi-finals.

Referee under the spotlight

The use of VAR and referees’ judgements have come under scrutiny at this tournament.

Criticism has been directed at the new directive saying punishments should be issued for goalkeepers who come off their line for penalties, which had an impact on both Scotland and Nigeria’s results in France.

However, during Saturday’s first quarter-final in Grenoble, it was the Japanese official’s interpretations that raised debate.

Popp’s opener from Magull’s corner appeared good until VAR alerted Yamashita to a possible issue over Huth’s offside position in front of keeper Chiamaka Nnadozie. After a check, the referee allowed the goal to stand.

Moments after the restart, Magull hit the deck when Nwabuoku unintentionally caught her in an attempt to clear the ball. Yamashita signalled a throw-in but once more received a message from the VAR team.

It was three minutes before Yamashita changed her decision to a spot-kick, which Dabritz put away to give the Germans a 2-0 lead.

The second half was less eventful. Had Desire Oparanozie timed her stretch to turn in substitute Rasheedat Ajibade’s low cross then it would have set up a far more tense finish.

Instead, SGS Essen forward Schuller put the game beyond the reach of the Super Falcons with an angled strike that nestled in Nnadozie’s right-hand corner.