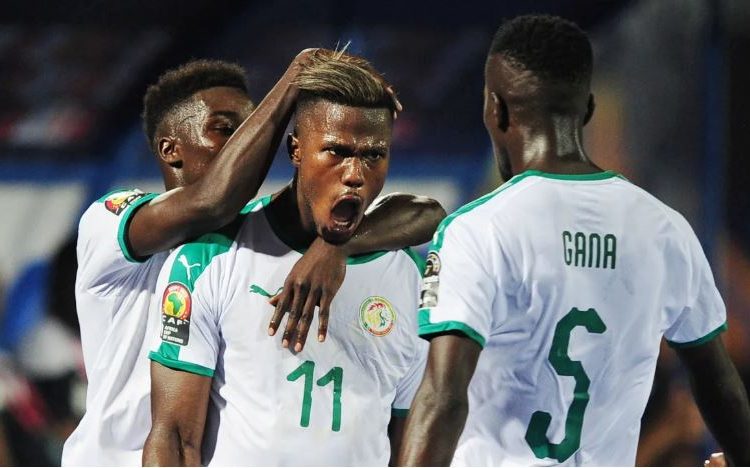 Midfielder Krepin Diatta’s screamer added on to Keita Balde’s first half opener was enough as Senegal’s Teranga Lions began their hunt for a maiden Africa Cup of Nations title with a 2-0 win over Tanzania’s Taifa Stars at the June 30 Stadium in Cairo on Sunday night.
Senegal dominated the game from gun to tape and should have won by a bigger margin, but will leave satisfied with three precious points especially in the absence of their star striker Sadio Mane who was suspended for the opening tie.

Balde opened the scoring after 27 minutes, striking a low shot from the right that evaded Tanzania keeper Aishi Manula’s grasp. Senegal were rewarded with a goal after dictating much of the play and should have gone to the break at least three goals up.

Manula was called into an early save in the third minute to deny Mbaye Niang after Tanzania had lost the ball in midfield and play quickly launched into their box. Niang had another chance in the sixth minute when he was played through on goal, but hit the side netting.

Senegal were forced into a change after 20 minutes, Salif Sane coming off with an ankle injury after landing awkwardly. His place was taken by Cheikou Kouyate.
The Teranga Lions continued their dominance even after scoring and should have been two up after 31 minutes. Balde played the ball to Ismaila Sarr on the right who teed up Idrissa Gana Gueye, but the latter’s shot from close range was over.

Two minutes later, Sarr had a goal disallowed after Kouyate was adjudged to have handled the ball as he raced to a rebound off keeper Manula. Papa Ndiaye tried his luck with an acrobatic kick off a Balde freekick in the 41st minute, but it flew just over.

Seeing his midfield being walked over by the Senegalese, Tanzania coach Emmanuel Amunike made a change, Salum Feisal coming off for Farrid Musa two minutes to the break.

Senegal dominated more in the second half and made it 2-0 when Diatta struck a screamer from 35 yards out after a clearance off a corner fell kindly for him. Niang should have added another minutes later but missed a sitter unmarked inside the box off a Sarr cross.