Cameroon angered by VAR decisions on the day 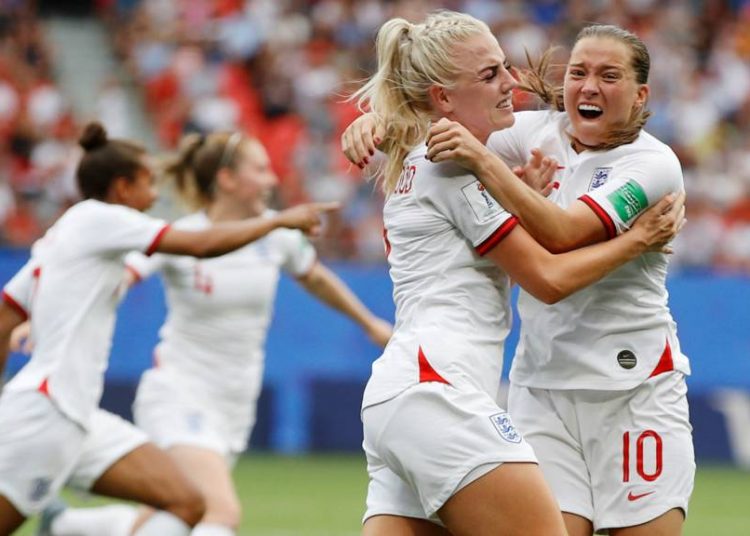 England progressed to the quarter-finals of the Women’s World Cup with a 3-0 victory over an enraged Cameroon side who protested after two VAR decisions went against them.

Goals from Steph Houghton, Ellen White and Alex Greenwood sent England through to face Norway on Thursday, but the fractious game will be remembered for Cameroon’s extraordinary reactions to White’s goal and a disallowed effort from Ajara Nchout.

The distraught Cameroon players twice appeared unwilling to restart the match, gathering in a huddle after White’s strike was given and remonstrating with the officials further after half-time.

Striker White placed in England’s second, which was initially ruled out before the video assistant referee deemed White to have been onside, but Cameroon reacted furiously and gestured to suggest the big screen’s replays had indicated differently.

The African side thought they had pulled a goal back after the break through Nchout, but their despair increased when it was disallowed after a VAR review for an extremely tight offside call.

England left-back Greenwood then swept in the Lionesses’ third to secure a win that saw them reach at least the last eight of the competition for a fifth time, and for the fourth consecutive World Cup.

A fractious evening in Valenciennes

Cameroon, who are 43 places below Phil Neville’s side in the world rankings and playing in only their second Women’s World Cup, began the tie as major underdogs.

They had reached the last 16 thanks to a 95th-minute winner over New Zealand on 20 June, which saw them progress as one of the four best third-placed sides, but Sunday’s drama against England was of a different kind.

There was an edge to the match early on, with Yvonne Leuko booked for an apparent elbow on England winger Nikita Parris, before Augustine Ejangue appeared to spit on Toni Duggan after the backpass that led to the opener.

Cameroon then reacted with despair after White’s goal was given by VAR, temporarily refusing to restart play, and some of their players were reportedly in tears in the tunnel at half-time.

Boos and hissing from the stands then followed the decision to disallow Nchout’s strike, coupled with widespread protestations from their substitutes.

And the first ever competitive meeting between these two sides concluded with a poor challenge by Alexandra Takounda on Houghton, for which the Cameroon player was booked as her team-mates again remonstrated with the referee.