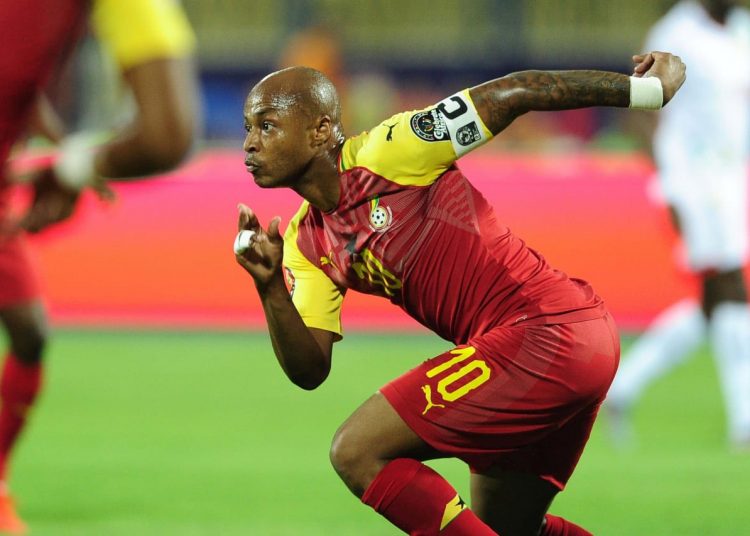 Agyapong sustained a thigh injury in the game against Benin and had to be replaced by Samuel Owusu in the first half.

Ayew completed the whole 90 minutes of the 2-2 draw but finished the game limping. He was later spotted with a big pack of ice around his ankle.

The duo had scans on Wednesday afternoon to determine the extent of the injuries.

The rest of the squad trained normally with those who played against Benin kept apart for a lighter session.

Ghana will play Cameroon on Saturday in their second group game.