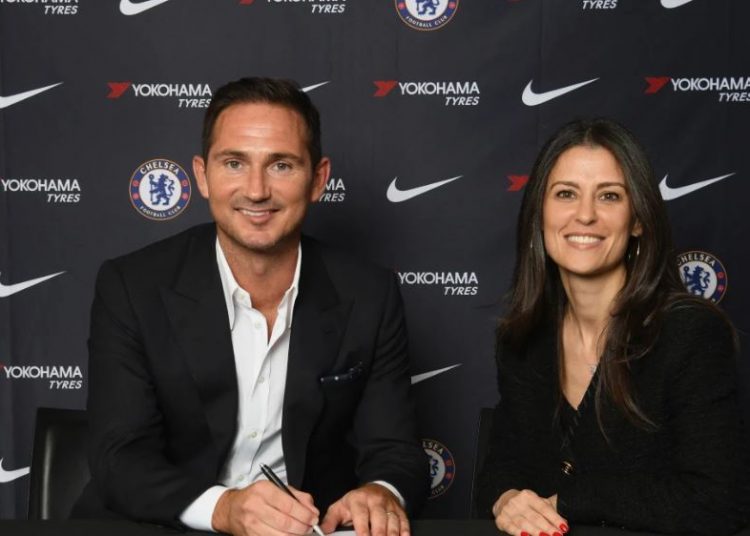 Chelsea FC has appointed ex-player and club legend Frank  Lampard as their new manager for the upcoming season.

After an impressive stint with Derby County, the ex-Three Lion has landed his first big shot as a manager where he returns to London to coach the Europa League winners after Maurizio Sarri departure to Juventus.

The 41-year-old shares a very rich history with the club as he is the all-time leading goal scorer with 211 goals in 648 appearances.

Speaking in his first interview, this is what the new manager said: “I am immensely proud to be returning to Chelsea as the head coach. Everyone knows my love for this club and the history we have shared. However, my sole focus is on the job in hand and preparing for the season ahead.

“I am here to work hard, bring further success to the club and I cannot wait to get started.”

Jody Morris also returns to the club, together with first-team coach of Derby County, Chris Jones as they join Frank Lampard as part of his coaching team.

The former Blue will be looking forward to winning some trophies at the club he won 11 major trophies at including the UEFA Champions League and Premier League titles.