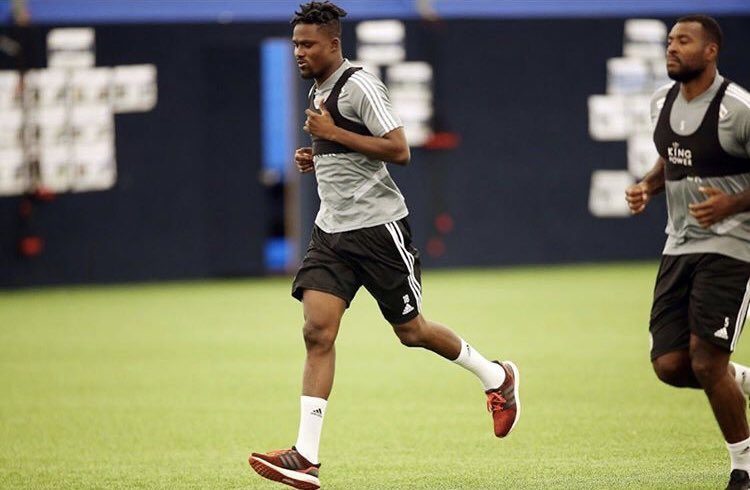 Ghana  and Leicester City defender, Daniel Amartey, is working his way back up to full fitness after his horrific ankle injury suffered in 2018.

Amartey got injured in a Premier League match against West Ham at the King Power. In an attempt to prevent West Ham player, Michail Antonio, from going through on goal, Amartey got his foot stuck in the turf  and that led to the injury.

He was given oxygen and stretchered off the pitch for further assessment and had surgery 24 hours later.

The then Leicester City manager, Claude Puel, told the BBC after the match that he was very concerned for the player and how quickly he would be able to return to the pitch.

“… my first thought at the end is for my player Daniel [Amartey].

He played well and gave his best so it is difficult to see this injury at the end. I thought more about that at the end than the game.

“I hope it is not as a serious as we think. He will have to have an examination then we will see, of course.”

On July 4, the player posted a picture of himself at pre-season training with Leicester. He captioned the picture “slowly” indicating the progress he was making in terms of recovery.

It in unclear when he will make a full return to the first team but what is sure is that he will be looked at by manager Brendan Rodgers when he fully recovers and then, a determination will be made on how he will help the team in the coming season.

Amartey’s injury was not the only sad thing to have befallen the club on the day. Later that evening, it emerged that their chairman, Vichai Srivaddhanaprabha, and four other people died in a helicopter crash.