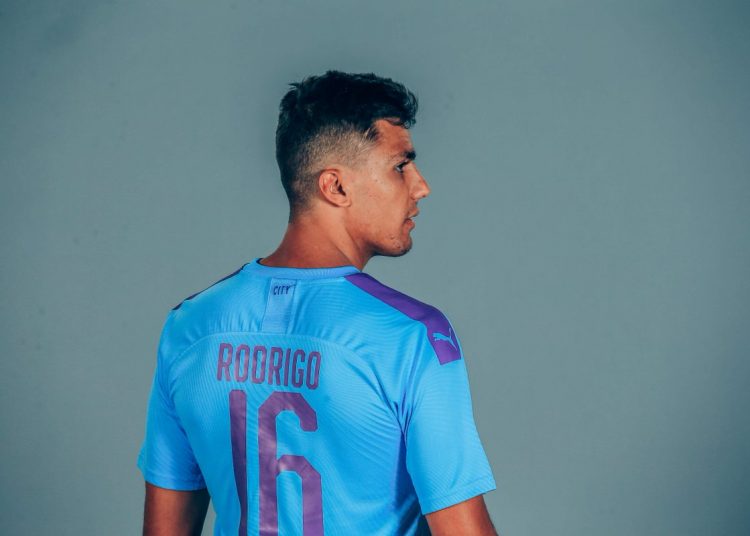 Man City have completed the signing of Rodri from Atletico Madrid after paying his £62.5m release clause.

The midfielder signed for the English champions despite interest from German giants Bayern Munich.

He becomes Man City’s new record signing with the fee surpassing the £60m the club paid for Riyad Mahrez from Leicester.

Rodri is now expected to compete for a place at the base of Man City’s midfield with Fernandinho and perhaps Ilkay Gundogan.

Speaking in his first interview with the club, Rodri said it was his dream to play for Man City adding that it was a chance for him to take another step in his career.

“It’s a dream for me to come here. A great team, great staff. I have a lot of things to learn and I decided this is the best place for my career. I am proud of what I have done. I want to keep growing, keep learning.”

He also spoke about Man City’s dominance in the last few years and said he relished the challenge to help the club continue its recent success.

“I think the last five, six years City have changed the story of football, not just in Manchester but in all England. I love the city, I love Manchester. It’s becoming more blue. I chose the club because of the sporting challenge, and the way they win lots of things.”

Rodri spoke of his admiration for Man City manager Pep Guardiola whom he says he can’t wait to start working with.

“I can’t wait to start working with Pep Guardiola and my new team-mates and hopefully we can achieve great things together.”

Rodri is already a Spanish international and has made six appearances for the national team.