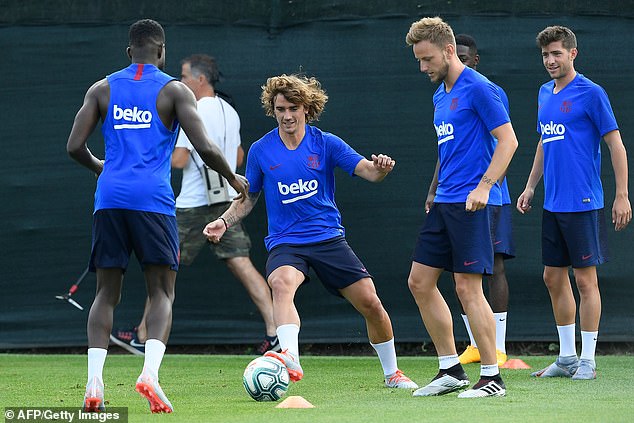 Antoine Griezmann and Barcelona may be facing a legal battle with Atletico Madrid over the former’s transfer to the Spanish Champions but he’s certainly not letting it get in the way of life at his new club.

Griezmann joined his teammates in training for the first time after his £108million move and was given a classic Barcelona welcome as the ball was put through his legs cheekily by his new colleagues not once but twice, the first time by Ousmane Dembele. 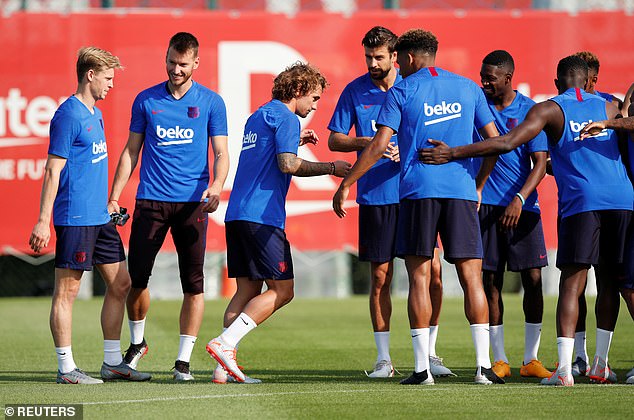 The new boy, however, took it in his stride as he appeared to fit right in at the Catalan club.

It’s unlikely Greizmann will struggle to gel with the players at the club, having played in Spain for a number of years and having faced Barcelona in a number of games.

His move from Atletico has generated a lot of controversy as his former club are demanding an extra €80m, from Barcelona.

Barcelona president Josep Bartomeu said over the weekend that the club had to take out a loan to pay the buyout clause of the forward. 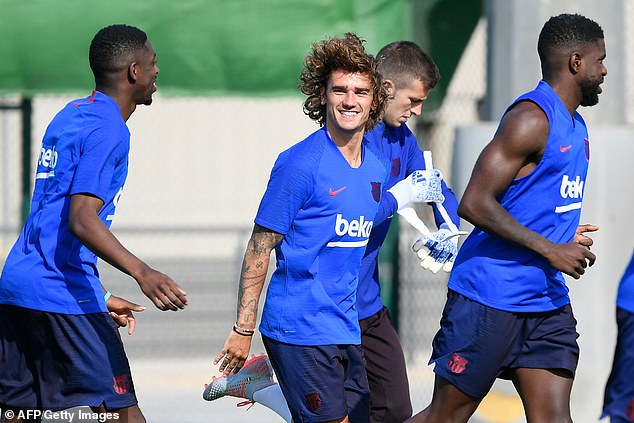 “We had to pay his buyout clause. We have requested a loan of €35m, to be repaid over six months, and the other €85m came from payments that we were waiting to receive.”

Lionel Messi and Luis Suarez are still on holiday after participating in the Copa America.

Antoine Griezmann is welcomed to Barcelona training with a double nutmeg 😅#FCBpic.twitter.com/LmYW10XsYE