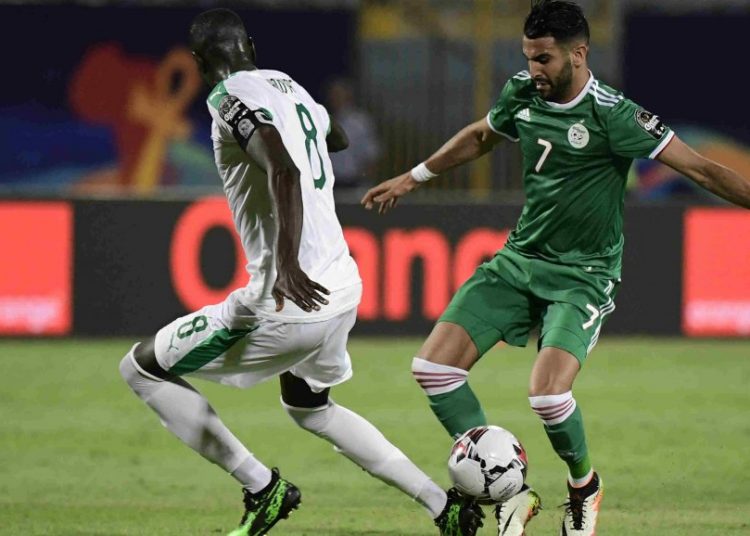 After almost a month of football in Egypt, Algeria and Senegal will compete for the continent’s biggest prize in football. Citi Sports pundit, Wepea Buntugu, previews the match which will mean a whole lot to both Senegal and Algeria.

And then there were two.

The blazing fire of Africa’s continental showpiece has brought out the duo that will battle for the top prize.

Both led by indigenous tacticians, the Teranga Lions of Senegal and the Desert Foxes of Algeria have come through very different routes to final.

Routes that are singularly similar in their challenging nature and have ensured that Egypt and the whole world will get to see two battle-hardened and quality sides in the ultimate match up at the Cairo International stadium on Friday.

Aliou Cisse who captained the Senegal national team at the Teranga Lions’ last appearance at the AFCON final, missing the decisive penalty kick and gifting the trophy to the Indomitable Lions of Cameroon. 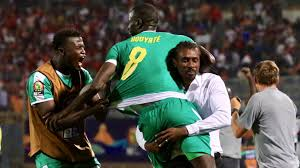 Re-appearing at Africa’s most important game, Cisse will be determined to wipe the slate clean and deliver a first-ever AFCON trophy for Senegal.

“Our philosophy is to take it a game at a time and try to play the best football to erase the disappointment of 2002,” Cissé said.

He has been in charge since 2015 and has weathered disappointment in 2017 as Cameroon’s Indomitable Lions once again came out victorious in a penalty-shootout sending Senegal home early, as well as a mightily unlucky World Cup elimination by a fair play tiebreaker. Few will begrudge him the final step.

However, empathy is the last emotion El Khadra of Algeria will be feeling towards Senegal as they go into an AFCON final for the first time in 29 years.

The Desert Foxes will be hoping to assuage the thirst of Algerians for the AFCON crown and are tipped by many to get the better of Senegal on Friday. Having scored the most goals at the tournament (11) and conceding just two they are justified favourites.

Algeria seems to have come full circle in the semi-final tie against Nigeria. Just a year ago, the Desert Foxes lost 3-1 to Nigeria in qualification for the World Cup in Russia. 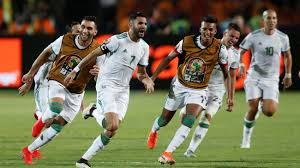 A supremely talented but very disjointed Algerian side that went on to finish last in their group has come a long way led on this rebuilding journey by one who previously donned the Algeria jersey, Djamel Belmadi.

Senegal will feel the absence of Napoli centre-back Kalidou Koulibaly as he received a harsh yellow card in the semi-final game against Tunisia.

Senegal have many potent weapons of their own and will look to Sadio Mane, Ismaila Sarr, Idrissa Gueye and Keita Balde to provide the goods against Algeria.

Another dimension to this final is the penalty shootout. Should this final go down to a shootout, hearts will be in mouths for supporters back in Dakar as Senegal have already missed three penalties in normal time with Sadio Mane and Henri Saivet both fluffing their lines from twelve yards in this tournament.

Algeria on the other hand have won a shootout against la Cote D’Ivoire, converting 4 of their spot kicks. This shows that one team will be more inclined to end the game in a maximum of 120 minutes to prevent the lottery of penalty kicks.

Algeria and Senegal have already met once in the group stages with Algeria running out as 1 – nil winners thanks to a Youcef Belaili strike.

It was a bruising encounter as a total of 53 fouls were committed in a very tight encounter where Sadio Mane struck the bar but could not salvage a point for his side. Will it be a case of revenge or repeat for the Teranga Lions?

It will be a battle of the ages and both teams know exactly what it means to make it this far.

For Senegal and Aliou Cisse it is a matter of righting the wrongs of previous campaigns and finally travelling back to Dakar amid celebration.

For Algeria and Djamel Belmadi it is a matter of completing a rapid revolution and bringing back the glory days of 1990.

Both sides are clear of injury heading into the final but Senegal will have to cope without defensive colossus Kalidou Koulibaly, who is suspended. FC Schalke’s Salif Sane is likely to step in to fill the void.