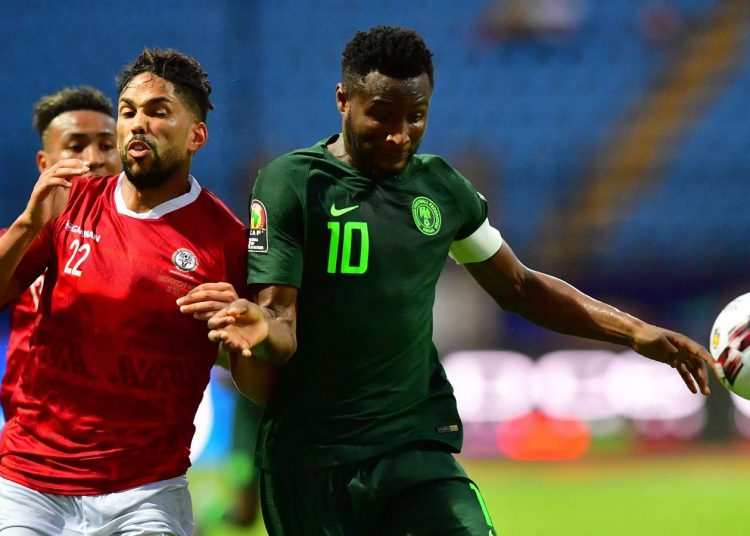 Nigeria captain John Obi Mikel has called time on his international football career, saying “I’m out” in a statement posted to social media.

His decision to quit the national team came hours after the country’s third-place finish at the 2019 Africa Cup of Nations.

Mikel battled injuries in Egypt and was limited to two games during the group stage, against Burundi and Madagascar.

The former Chelsea player has been a key member of the Super Eagles since he made his debut appearance against Libya in August 2005.

During his stint in the national team, Mikel played in two Fifa World Cup tournaments and four Africa Cup of Nations, where he won the title in 2013 and a bronze medal in 2019.

“Egypt is a country where I’ve started and have finished my national career,” Mikel wrote on Instagram.

“My national career started in 2003, under 17 World Cup and I’m grateful to the national team for placing me on the world arena and giving me an opportunity to show my skill and have an incredible national and international career.

“At the age of 32, it’s time for me to retire from the national team and let the youth take over, who’ve done an amazing job securing a bronze medal at Afcon 2019.

“Thank you to all my Nigerian supporters and to my country for all the trust, support and love you’ve shown me over the past 15 years.”

During the Afcon campaign, Mikel secured a permanent switch to Turkish Super Lig outfit Trabzonspor, where he will play in the 2019-20 season alongside compatriots Ogenyi Onazi and Anthony Nwakaeme.