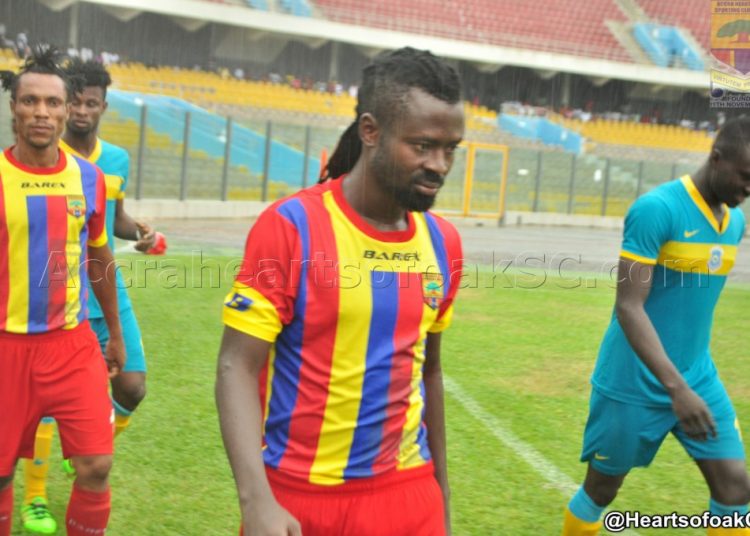 Accra Hearts of Oak midfielder Malik Akowuah has left the club, following the expiration of his contract.

Akowuah joined Hearts on a three year deal in 2016 after an impressive season with Medeama Sporting Club, but failed to replicate that fine form in the Phobian colours.

Hearts announced their decision not to renew the player’s contract on their official Twitter handle earlier on Monday.

Accra Hearts of Oak Sporting Club has taken the option not to renew the contract of midfielder Malik Akowuah following the expiration of his three-year deal at the club. We thank him for his professional service to the club and wish him the very best in his future endeavours. pic.twitter.com/J4ByaOVGhH

The commanding midfielder was part of the Hearts team that lost in the MTN FA Cup final against rivals Kotoko back in 2017.

Akowuah, now unattached, is available on a free transfer.