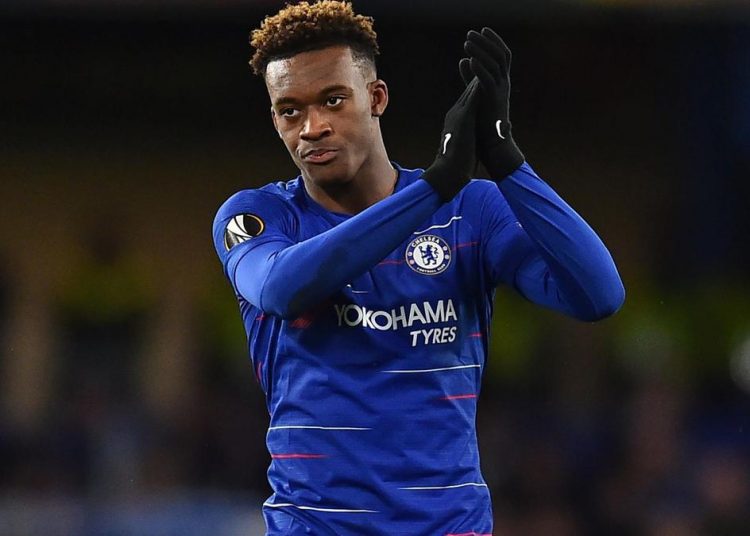 England international, Callum Hudson-Odoi has reportedly agreed to terms for a new five-year deal to stay at Chelsea.

The 18-year-old will earn £100,000-a-week at the London based club after months of speculations that he will be leaving his boyhood club.

The teenager was eager to move away from the Chelsea as Bayern Munich expressed interest in him.

Chelsea turned down two transfer bids from the German champions which were reported to be in the region of £40 million.

The arrival of Frank Lampard has proved pivotal to the winger staying at the club for another five years.

Lampard, 41, is believed to have had a private talk with Hudson-Odoi after taking the reins at Chelsea.

The Chelsea manager has also openly expressed his interest in the youngster and believes the 18-year-old will be an important player at the club.

The teenager who is currently at rehab after sustaining a ruptured Achilles injury will miss the start of the season as The Blues faces The Red Devils on opening day.