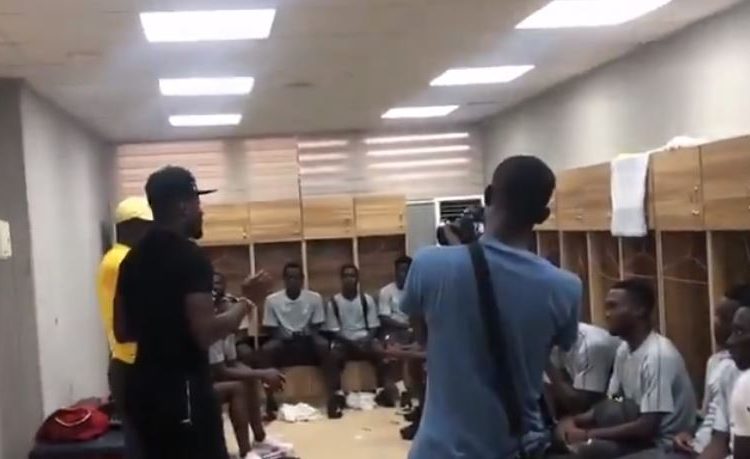 Black Stars striker Asamoah Gyan has urged the players of Ghana’s U-20 football team, the Black Satellites to remain focused and work hard as they prepare to compete at the African Games.

Back in Ghana following his cameos at the 2019 African Cup of Nations in Egypt, Gyan paid a visit to the squad at the Accra Sports Stadium.

Gyan advised the players to work hard, in spite of their talent as that would give them an edge over their opponents.

Referencing former Barcelona captain Carles Puyol, Gyan said players who show extra effort and commitment to their teams always catch the eye of the coaches and earn the appreciation of the fans.

He urged the players not to let the opportunity to represent the nation at the tournament slip and also to give their very best for the side.

Gyan also called on the Sports Ministry and the GFA to support the side in the upcoming campaign.

The Satellites played a friendly against Shooting Stars at the Accra Sports Stadium as they stepped up their preparations for the Games in Rabat, Morocco from August 19-31.

The former Black Stars captain was part of the squad that exited the 2019 AFCON at the Round of 16 stage, to Tunisia.

Despite being the nation’s all-time leading scorer, the player was used sparingly, featuring just twice from the bench.

Met my senior Yaw "RUSH" Preko and the U20 Satellites team at the Accra Sports Stadium when they played a friendly match with Shooting Stars in preparation for the All Afrcan games and shared few thoughts with them..@ghanafaofficial @MOYSGh lets support them…#proudGhanaian pic.twitter.com/Crw9l0bxFn