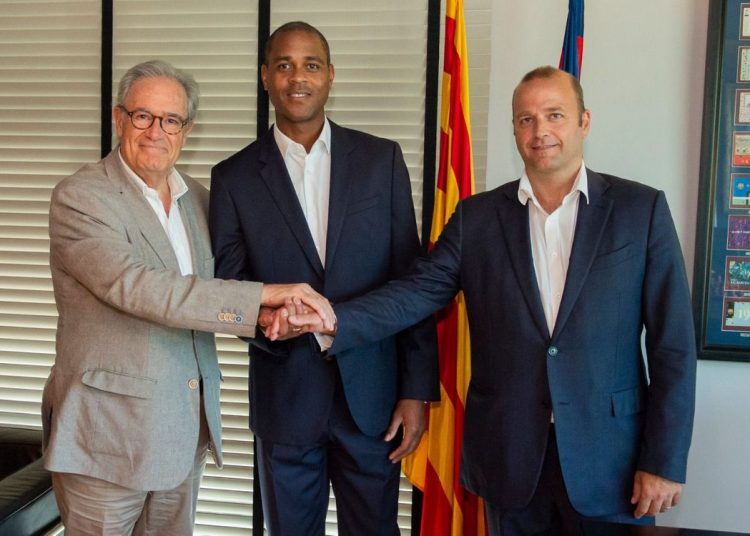 Former Barcelona striker, Patrick Kluivert has rejoined Barcelona as the clubs director of the academy.

The 43-year-old has signed a two-year contract with the Catalan giant’s La Masia youth system.

Kluivert, together with Clarence Seedorf was sacked by Cameroonian FA after failing to impress at the recently concluded 2019 Africa Cup of Nations held in Egypt.

The former Ajax player impressed in his playing time at the Camp Nou where he scored 145 goals in 308 appearances over six years.

The ex-footballer told Barcelona’s website he was “happy to be back home”.

“I am looking forward to this new era, with the challenge of keeping Barca among the top teams in the world”

The Dutch, among other things, understand the terrains of development as a footballer.

Kluivert who scored 40 goals in 79 appearances became the youngest goalscorer in the UEFA Champions League at the age of 18 when played for Ajax.

He outlined the similarities between Ajax and Barcelona as he spoke to the media of the Spanish champions.

“I grew up at the Ajax academy, which is very similar to La Masia, and I think I can do a lot for the development of young Barca players,” he said.