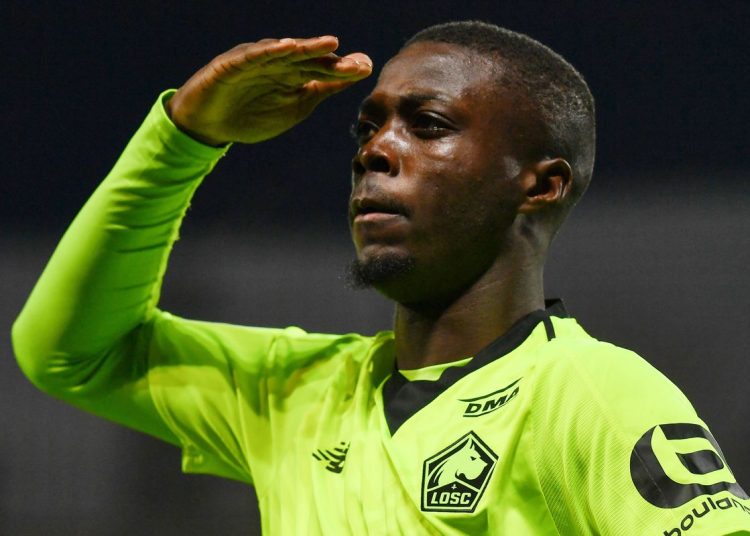 Liverpool, together with three other clubs, has agreed to sign Nicolas Pepe from French Ligue Un side, Lille this summer.

According to L’Equipe, four clubs have met the demands of Liile to acquire the services of Ivorian forward, Nicolas Pepe.

Reports claim that Liverpool, Inter Milan, Arsenal, and Napoli have all accepted the demands to sign the 24-year-old.

Pepe has emerged as one of the summers most sought players as he had a sterling season in the French league.

The Ivorian represented his country in the recently ended Africa Cup of Nations where he featured in three games but did not score in any of them.

His performance in the 2019 AFCON, however, did not affect Lille’s pricetag for their star player.

All deals are believed to worth £72million (80 million euros) and all four clubs are ready to pay the amount to sign him.

Lille president, Gerard Lopez confirmed there were four offers for Pepe but withheld the names.

“For Pepe, we received four acceptable offers from four big clubs. Napoli has made a bid for Pepe which satisfies our £72million (80 million euros) demand. He said.

“Up to the player now to decide where to go, with the contract offers made by the four clubs.

Manchester United was also reported to be in pursuit of the 24-year-old’s signature but their bid was rejected as they did not match up the price tag on the player.

Pepe is expected to make a decision soon as the Premier League transfer summer transfer window draws to an end.