Approval by clubs will call for electoral congress 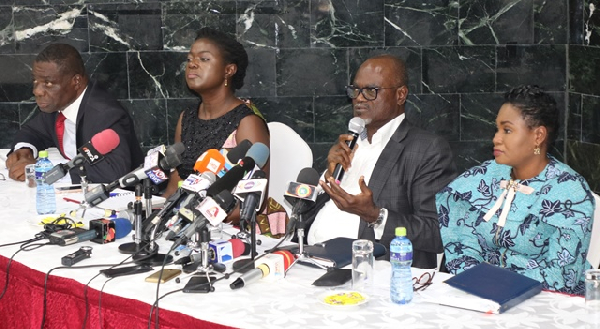 Citi Sports can confirm that that FIFA has approved the GFA Normalisation Committee’s recommendations that have been made to the statutes of the GFA.

The Committee has been working on the recommendations as part of its mandate given to it by FIFA.

The Committee came into being in 2018 after the Anas Aremeyaw Anas “Number 12” documentary on corruption in Ghana football.

Per Citi Sports’ sources, the approval will need the approval of the clubs at a congress and if such an approval is gained, then a second congress will be held to elect new leaders for the GFA.

At that point, a date for the start of a new football season would be set and footballing activities would take place in full flight.

In June this year, Dr. Kofi Amoah, told GTV Sports in an interview that FIFA had taken a look at what the Normalisation Committee had come up with in terms of new statutes and what that would mean for the start of football in Ghana once again.

In the absence of regular football in Ghana, the Normalisation Committee organised the NC Special Tier 1 and Tier 2 competitions which were won by Asante Kotoko and AshantiGold respectively.

Kotoko, by virtue of winning the Tier 1 competition, will represent Ghana in the CAF Champions League and they will face Kano Pillars of Nigeria in the preliminary round.

For AshGold, they will fly Ghana’s flag in the CAF Confederation Cup and they will face Akonangui FC of Equatorial Guinea in the preliminary round.

The mandate of the Normalisation Committee comes to an end by September 30.