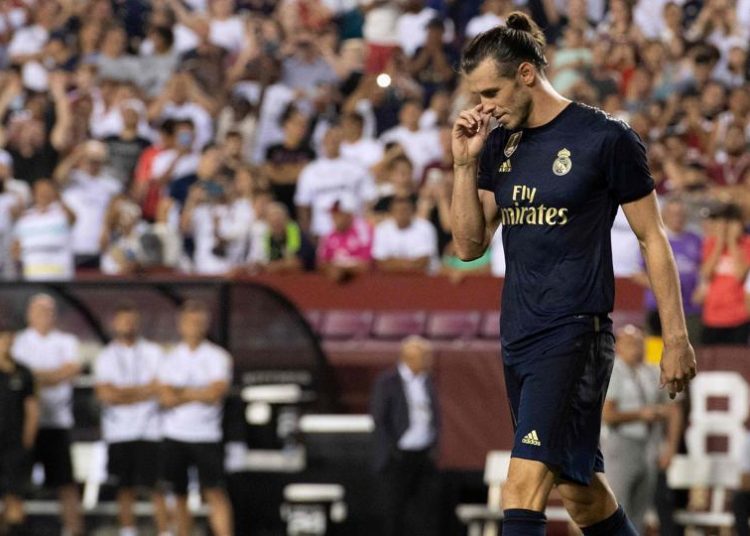 Wales international, Gareth Bale has pulled out of Real Madrid’s trip to Munich for a pre season tournament after his proposed moved to China collapsed.

The abandoned move by Florentino Perez has been left in a rage and not in the right state of mind to play for Los Blancos.

Real Madrid has reportedly blocked the move that would see Bale head to Jiangsu Suning.

Earlier in the summer, Real manager, Zinedine Zidane said the 30-year-old winger was “very close to leaving” after he has been deemed as surplus to requirement.

Bale joined the Spanish giants in 2013 from Tottenham Hotspurs for £85m which was at that time the world-record deal.

The winger has been on the injury list in most of his last four seasons with Los Blancos which has limited him to just 79 La Liga starts.