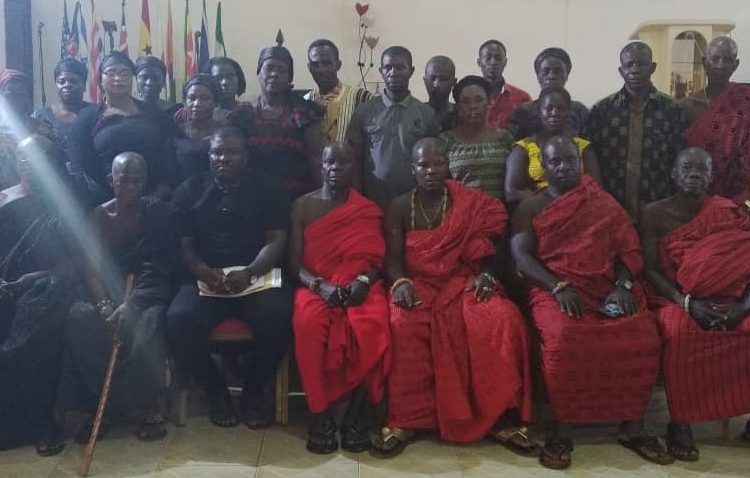 The late Mr Edward Nana Aidoo, a former CEO and Chairman of the Mysterious Ebusua Dwarfs will be buried soon, the Abusuapanyin Kweku Onyinki Afari, the family head of the Yogo Family of Jumako has said.

This follows the determination of a protracted legal battle in respect of who has the legal right to perform the funeral and burial of Mr Aidoo on Monday, July 29, 2018.

The football icon died on June 17, 2018, but the court case – Ref: OPANYIN ONYINYE SAFARI vs JOHN EKWAN KWEKU PRATT MAAME ADJOA
AIDOO and ENTERPRISE FUNERAL SERVICES GHANA LTD – had kept his mortal remains in the morgue for over a year till it was ruled on by His Lordship Daniel Mensah on Monday (July 29).

According to the Public Relations Officer of the Yogo Family, Mr Daniel Takyi-Mensah, the Abusuapanyin will in the coming weeks begin engagements and consultations with all stakeholders to ensure a successful burial of the former Dwarfs bankroller.

“The long-standing court case which has kept the mortal remains of the football administrator in the morgue for over a year now came to a rest on Monday, 29 July 2019 at the GJ2 in Accra,” Mr Takyi-Mensah said at a press briefing on Wednesday in Accra.

“In the Judgement read by His Lordship Daniel Mensah mentioned and affirmed Abusuapayin Kweku Onyinye Safari as the legal family Head of the Yogo Family (Abusuapayin) of Ajumako – Techiman and granted Abusuapayin Kweku Onyinye Safari the sole legal right, power and authority of performing the final funeral rites of the late Mr Edward Nana Aidoo. CEO and Chairman of Mysterious Abusua Dwarfs.

“Abusuapanin Kwaku Onyinye Afari wish to express his sincere gratitude to his lawyer, family members whose exercise a high level of extreme patience, tolerance and condom during the litigation period and awaits the final verdict on the legal and the legitimate widow for the late football administrator.

“I will like to state that there will be a wider engagement and consultations of all parties before, during and after the burial of the football administrator. I will entreat all family members to stay focus”.

He said the Abusuapayin Kweku Onyinye Safari will announce the date, venue and time for the burial and final funeral rites of the late Mr Edward Nana Aidoo in due time.