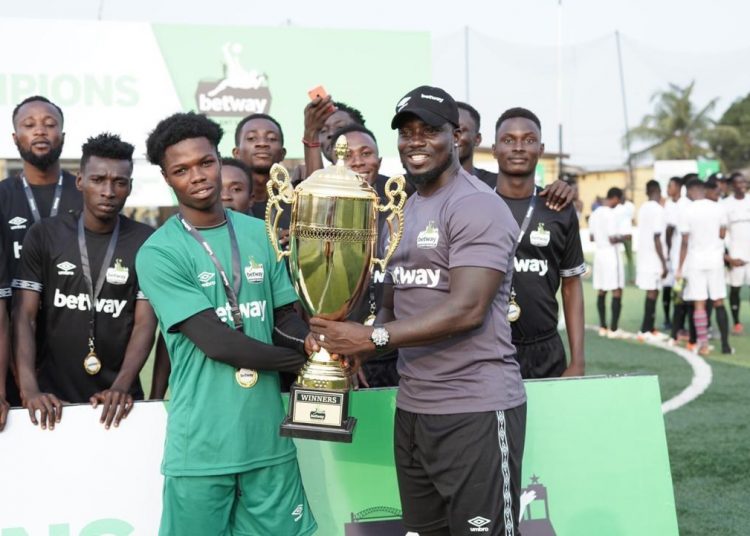 The quest for the next big star in football climaxed at the Sukura Wembley Park as Black Mambas emerged as champions of the third edition of the Betway Talent Search. 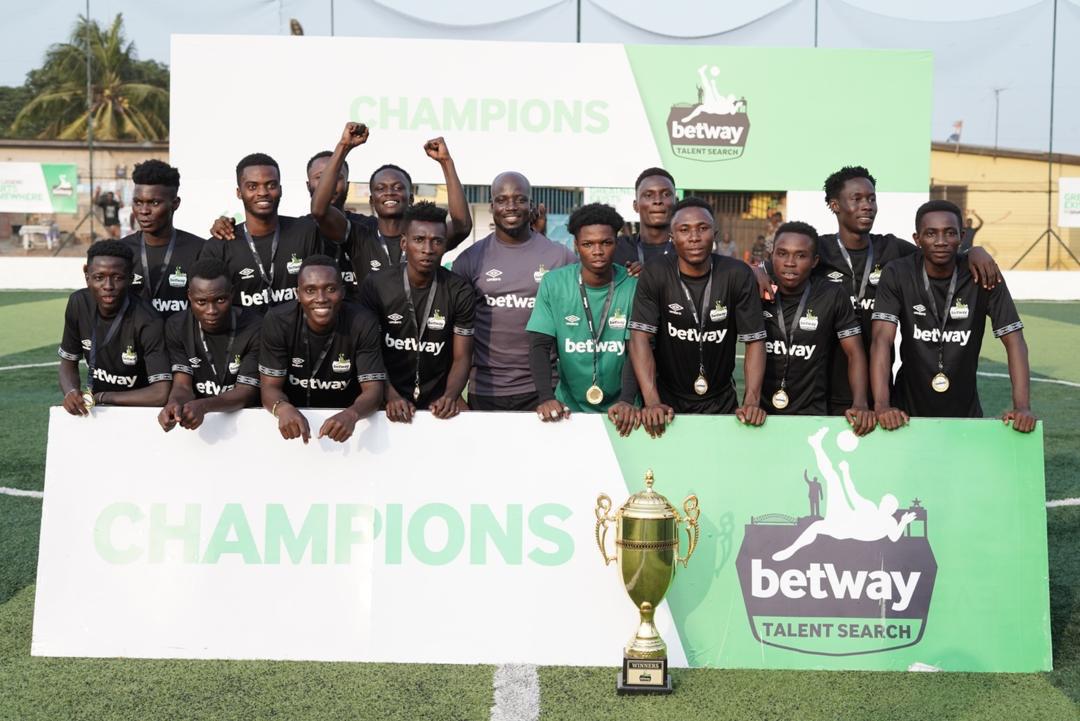 The search started three weeks ago in two zones- Northern and Southern zones.

Teams across the country battled out for glory in the zones and an eye for the bigger price on Saturday, August 3, 2019.

After an all-play-all contest, Black Mambas emerged as champions of the third edition of the Betway Talent Search.

As the tournament progressed, Country manager of Betway, Ghana, Magnus Rex Danquah Jnr revealed the reason for Betway to undertake such an event.

“Betway Talent Search is basically to empower unprofessional players. It is built for people playing in the division one and two and not those in the premier league.

Because by now if you are between the ages of 18 to 25 and you are not in the premier league, then you are short of chances to be exposed to talents, good coaches, and good management.

So this is basically to expose them to right scouts and good teams.”

On the innovation of this year’s edition

“Usually we used to deal with individuals players. So we open up to individual players to come and showcase what they have.

But after the whole programme, if you look for teams for these players, people come out from anywhere claiming they are the player’s managers.

And that hinders the chances of these footballers making it anywhere.

So this year, we decided to deal with the teams itself. So the team, together with its hierarchy show up.

So if there is a scout who is interested in any of the players, you talk to the management and things pick up from there.”

“This year we have put in a little motivation in there.

There is the money factor.

So the players are not just playing for pride.

They are also preparing for the season ahead as this also serves as a preseason for them.”

The effect of the talent to the premier league clubs

“We are doing this as a pre-season for all the other clubs and not only the four teams sponsored by Betway.

So what we will do is, we will put up a roster which will include the names of the promising players and the position they play.

So it does not have to be AshGold, Aduana Stars, Medeama, or Liberty Professionals to be interested in these players.

Therefore if a club like Accra Hearts of Oak or Kotoko or whoever is looking for a left-back, we will publish the list of the players on the roster.

Or you can get in touch with any of the people in the technical team and we would supply you with the player needed.

Even so, we are helping them make their work easier.”

Benefits derived from the previous edition

“Few of the players who have made it in season one and two are playing in Europe, the local league and some African countries as well.

So in general, it has been good so far”