Liverpool takes Norwich for a ride on opening day as they beat the Canaries by four-goals to one. 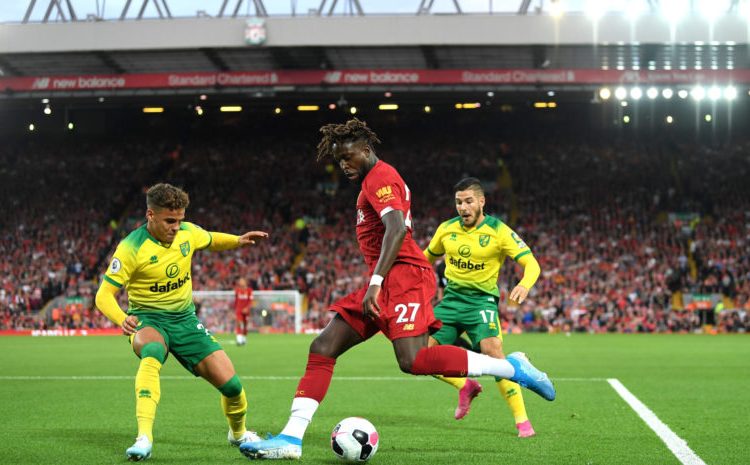 The Reds had a perfect start to the new English Premier League season they handed newcomers a mauling on opening day.

Liverpool was given the perfect start Origi saw his cross deflect off Norwich’s captain, Hanley in the 7th minute of the game.

Egypt’s Mohammed Salah doubled the lead in the 17th minute courtesy a beautiful interchanging of play with Roberto Firmino before slotting past Tim Krul.

Salah got an assist as his corner kick found the head of the Dutch defender, Virgil Van Dijk to set the game beyond the reach of The Canaries.

Alisson Becker was substituted in the 37th minute of the game as he sustained an ankle injury while taking a goal kick.

New signing, Adrian replaced the Copa America winner to hand him the debut.

Belgium international, Divock Origi made it four-nil with just four minutes left on the clock to end the first half.

The second half got delayed a bit as Michael Oliver had a problem with his headset.

Teemu Pukki beautifully pulled one back for the Canaries as his effort glided past Adrian, who replaced Alisson Becker.

Liverpool kept on pressing the newcomers of the league with interchanging and swift passes as they dominated the game.

James Milner also came in for Brazilian centre-forward, Roberto Firmino with five minutes to go in the match.

Black Stars players' earnings should not be made public - Asamoah Gyan