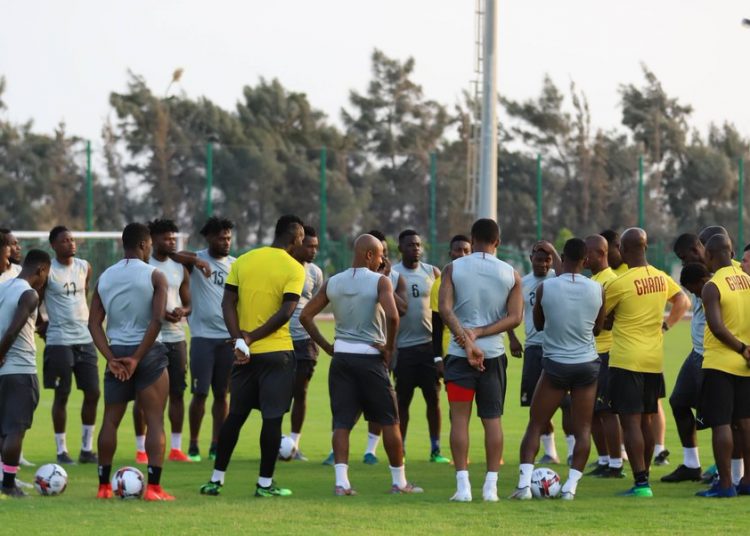 Striker, Asamoah Gyan has expressed his disappointment with the discussions over the amount of money given to the players in the Black Stars squad for the 2019 African Cup of Nations.

According to Gyan, although the players try to stay away from news when they are in camp, the stories often trickle in to them through friends and family.

He believes that talk over the amounts paid to the players ahead of and during tournaments could be distracting for squad members.

“Honestly, sometimes we don’t listen to the radio but we have family and friends who listen. Sometimes we get the news and hear what is going on. We feel that instead of us focusing on training for the tournament, these issues are brought up.

“Why should we talk about money when we are preparing for a tournament? Ghana is the only country where people want to know how much players earn. That’s the problem I personally have,” Gyan told Accra-based station Joy FM.

When asked whether he felt the public should be told how much the players earn for participating in tournaments, Gyan replied “no”.

“Everything that happens stays in camp. The inside things stay in camp. That’s why I’ve said over again that politics in football will not work.,” he added.

A number of issues had been raised about the budget for the senior national team’s for the continental showpiece with a number of figures, including as much as $15m, being mentioned prior to the tournament.

Speculation had been rife since the end of the AFCON, which was eventually won by Algeria, that a number of fans and journalists were flown to Egypt by the government.

The Sports Minister, Isaac Asiamah, eventually appeared before Parliament to answer questions on the budget and the performance of the Black Stars at the tournament.

It was revealed that a total of  $1,489,432 was spent on winning bonuses for both players and technical staff in the Black Stars’ short-lived 2019 African Cup of Nations campaign‬ in Egypt.

This is despite the Black Stars winning only one game at the tournament.

The Black Stars, however, finished top of their group which also included Benin, Cameroon and Guinea Bissau.

The technical team, made up of the coach and his assistants were given $347,027 in winning bonuses.

A group labelled as “additional technical staff” were also paid $177,000 in winning bonuses.

Mr. Asiamah provided some clarity on exactly how much was allocated to the team and how much was spent at the tournament, with the Black Stars crashing out earlier than many had expected but it’s unlikely that too many people will be pleased.

Winger, Kwabena Owusu, also came out to refute claims that the players took $80,000 as appearance fees