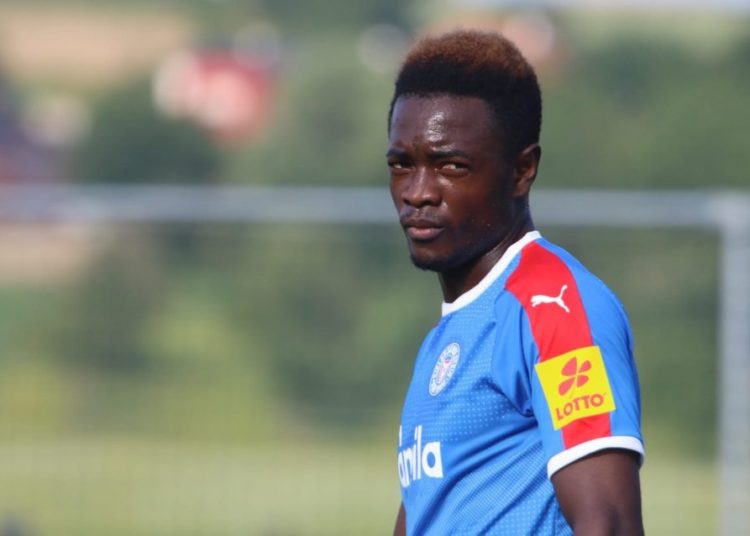 Ghanaian forward David Atanga made a statement in his full debut for German Bundesliga two outfit Holstein Kiel, recording a goal and three assists to lead them to a 0 – 6 win over Salmrohr in the DFB Pokal round of 32.

The 22 year old former Ghana U – 20 international made the move to Kiel this summer after excelling on loan at Greuther Furth from parent club Red Bull Salzburg.

Having signed a 3 year deal, Atanga made his full debut in the DFB Pokal having sat out Kiel’s opening league game of the season against Sandhausen before making an appearance off the bench against Darmstadt.

After setting up the only goal of the opening 45 minutes Atanga continued to dominate in a manner that saw his teammate Baku record a hat-trick in the process.

Following his stellar output it remains to be seen if he will command more first team football.