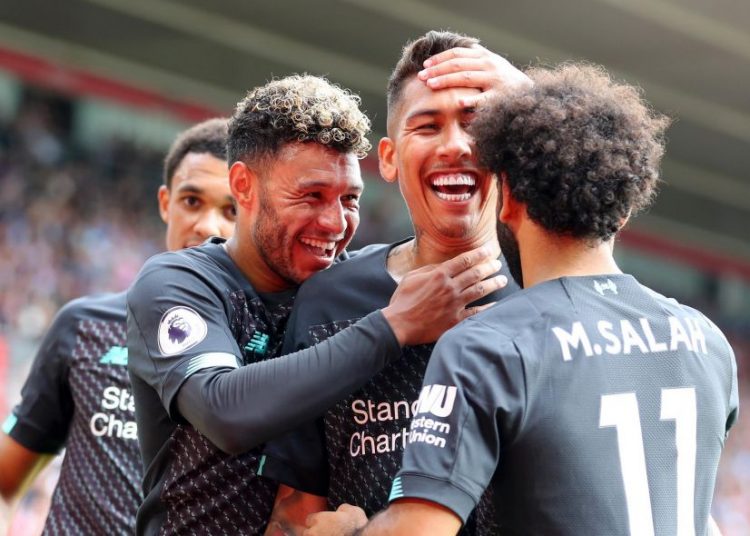 This puts the pressure on title rivals Manchester City and Tottenham – who play each other at 5:30 pm – a match you can listen to LIVE on talkSPORT.

Elsewhere, it was a magical day for Teemu Pukki, who scored a brilliant hat-trick as Norwich dispatched Newcastle 3-1 at Carrow Road.

Jonjo Shelvey scored a consolation goal for the Magpies in stoppage-time.

However, there was no luck for fellow newly-promoted side Aston Villa after they were beaten 2-1 at home to Bournemouth.

A penalty from Josh King and Harry Wilson’s goal gave the Cherries a 2-0 lead after twelve minutes.

Douglas Luiz pulled one back for the Villans 20 minutes from the 90 but they couldn’t find an equalizer.

VAR made the headlines at Brighton after Leandro Trossard’s celebrations were cut short during the Seagulls’ 1-1 draw against West Ham.

The winger though he had given his side the lead in the first half, only for it to be chalked off after a check.

The Hammers then took the lead through Javier Hernandez on 61 minutes but Trossard did get on the scoresheet with a stunning equalizer moments later.

Meanwhile, Everton got the better of Watford with at Goodison Park – Bernard getting the only goal of the game.