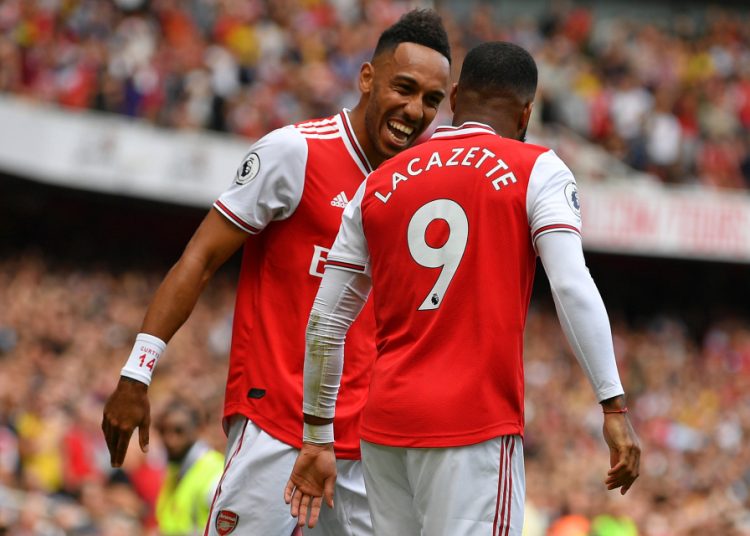 Pierre-Emerick Aubameyang was Arsenal’s match-winner for a second game running as Arsenal claimed a hard-fought 2-1 victory over Burnley at the Emirates Stadium.

The Gunners forward, who scored the decisive goal against Newcastle last weekend, fired the ball beyond Nick Pope from the edge of the box after Dani Ceballos won the ball back well.

It was Unai Emery’s men who would claim the win though in a game which also saw new signings Dani Ceballos and David Luiz make their full debuts, while Sead Kolasinac returned to action for the first time since being the victim of an attempted carjacking with team-mate Mesut Ozil.

The Gunners now have six points out of a possible six but were made to work for their victory over a Burnley side who caused them plenty of problems.

Lacazette opened the scoring with a goal from nothing on twelve minutes – the Frenchman controlling a corner from the right before turning Erik Pieters expertly and slipping the ball through Pope’s legs.

They could have doubled their lead shortly after but Matteo Guendouzi drove a shot straight at the Clarets keeper.

Burnley had a few half-chances but got level just before the break when Dwight McNeil’s shot deflected straight to Barnes and the striker put the ball past Bernd Leno. This was Barnes’ third league goal of the season.

Arsenal came out strongly after the break and went close with efforts from Aubameyang as well as Ceballos, who was the best player on the pitch.

But the Gunners did regain their lead when Real Madrid loanee Ceballos dispossessed Johann Berg Gudmundsson before feeding the ball to Aubameyang, who cut inside before striking the ball past Pope at the near post.

Sean Dyche’s men almost got an equalizer when McNeil headed over the bar but the three points went to Arsenal.