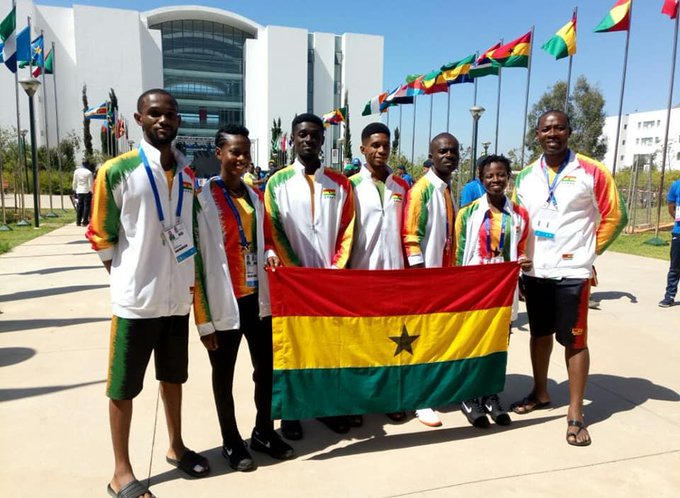 Day 3 of the 2019 African Games in Morocco saw Ghana record a mix of results across boxing, cycling, beach volleyball and table tennis.

In the men’s light heavyweight (81kg) preliminaries, Samed Shakul defeated Jean Jovet Nicol of the Seychelles 5-0 but there was no such success for David Akankolim in the men’s heavy weight (91kg). He lost 5-0 to Abdelhafid Benchabla of Algeria.

In swimming, Jason Jude Arthur made it to the final of the men’s 200m backstroke but finished 8th in a time of 2: 06.76. The final was held at the Olympic Swimming Pool in the Mohammed V Sports Complex.

Henrietta Amarh got to the quarter finals of the women’s Tae-Kwon-Do 46-49kg but she lost 24-14 to Cote d’Ivoire’s Ferimata Coulibaly.

Kezia Gbezde also lost to Flore Mbugu of DR Congo 37-11 in the women’s under 46kg category.

In the men’s beach volleyball, Ghana’s Kelvin Carboo and George Essielfie finished 8th after losing 2-1 to Nigeria’s Goodluck Anyasodike and Godwin Sam. The two countries won a set each by the score of 21 to 19 but it was the Nigerians who came out winners on the day after winning the deciding set 18 to 16.

In the men’s team table tennis, Ghana qualified to the next stage after recording a victory and a loss against Djibouti and Togo respectively.

The team, made up of Derek Abrefa, Felix Lartey and Emmanuel Commey, lost 3 games to 2 to Togo but recovered to beat Djibouti by three games to zero.