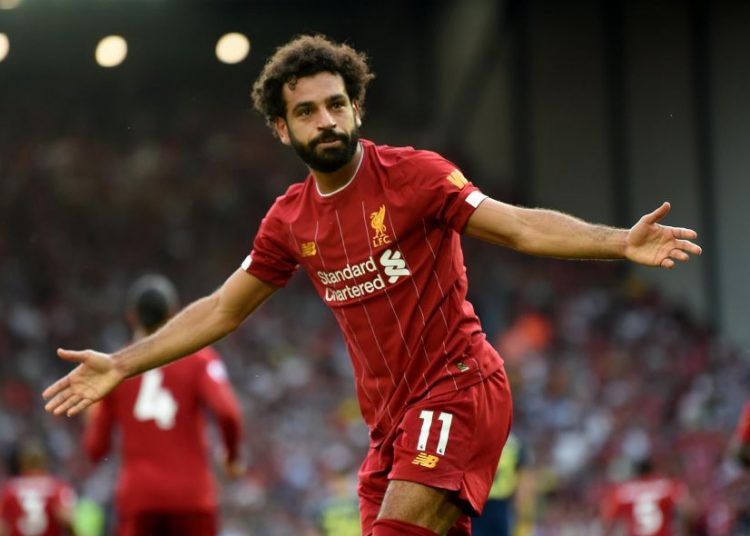 A ruthless Liverpool side gave Arsenal a lesson in prolificacy as they tore through their defense to secure a 3-1 win.

Although they dominated possession, the Reds were lucky to go into the break with the lead as Arsenal passed up two huge chances.

And then Liverpool took control, with Joel Matip heading home from a corner and the Gunners fell apart.

Mohamed Salah scored twice as the visitors began to look weak, with the scoreline an unfair reflection on Arsenal’s performance for the first half.

Substitute Lucas Torreira then came off the bench to score in front of the Kop, but it merely made the scoreline more reflectable as the game was over as a contest.

The Ivory Coast international then curled a shot wide just before the half-hour and Henderson had an effort deflected for a corner as the battle of the top two teams remained goalless at Anfield. 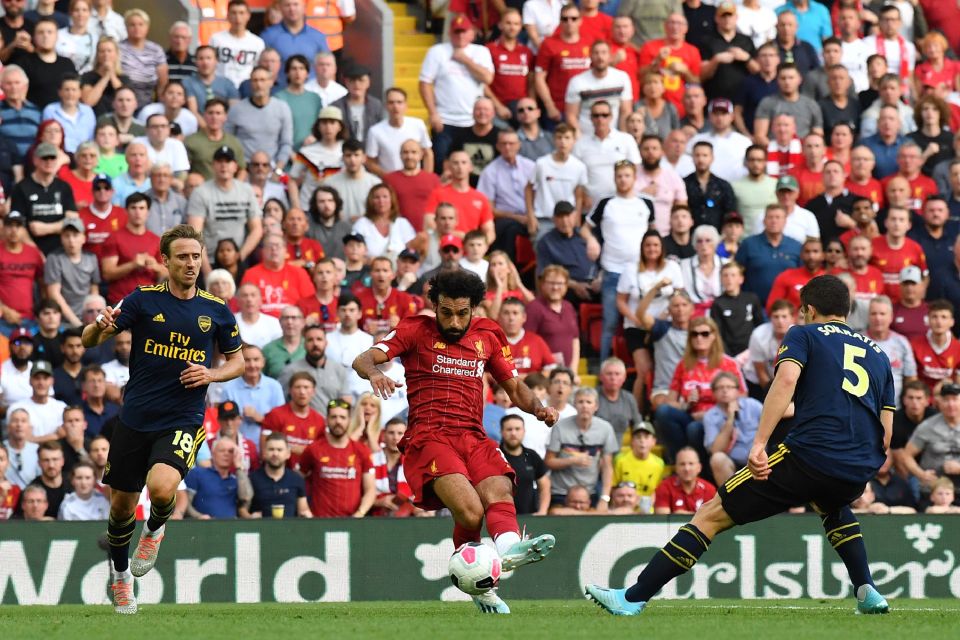 Salah was insatiable at Anfield and Arsenal could not contain him Pierre-Emerick Aubamaeyang failed to lob Adrian as the Spaniard scrambled back to his goal, while Nicolas Pepe saw his tame shot palmed out by the 32-year-old.

Pepe should have done better when he ran clear of the Liverpool defense but shot straight at Adrian.

Liverpool broke the deadlock five minutes before the break as Joel Matip powered in a header from a corner by Trent Alexander-Arnold.

The Reds were then awarded a penalty three minutes into the second half when David Luiz pulled back Mohamed Salah in the area and the forward confidently made it 2-0 with a rising spot-kick.

Liverpool was 3-0 ahead just before the hour as Salah scored his second goal of the game, outpacing the Arsenal defense from halfway and cutting in from the right to curl a left-footed shot across goal into the far corner.

As the tempo of the game began to drop, Arsenal found a consolation as Torreira was teed up by Aubameyang. Although his initial effort was blocked, the Uruguay international then fired in a snapshot which gave Adrian no chance.

The result moves Jurgen Klopp’s side back up to the top of the Premier League table and ensures their 100% record is still intact.

Arsenal is now second after the defeat and must re-gather themselves ahead of a north London derby against bitter rivals Tottenham Hotspur next Sunday at the Emirates.