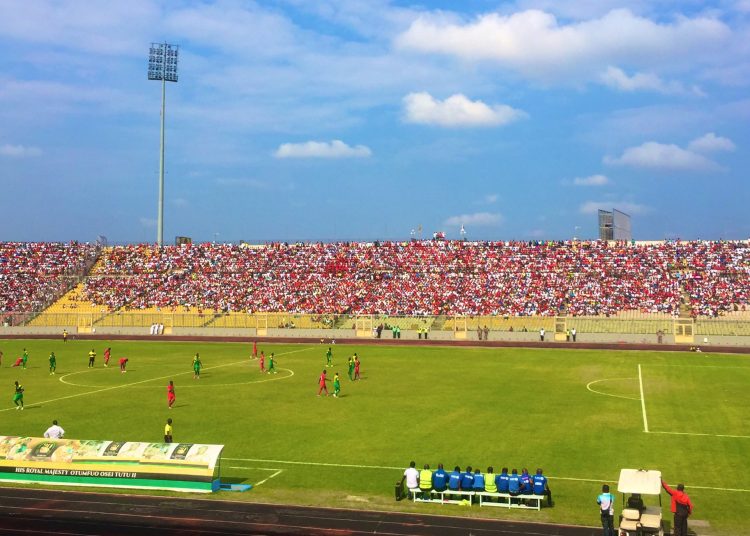 Kumasi Asante Kotoko are through to the second round of CAF Champions League qualifying after a 4-3 aggregate victory over Nigerian opponents Kano Pillars in Kumasi.

The Porcupine Warriors scored in either half through Mathew Kelvin Andoh and Emmanuel Gyamfi as Kjetil Zachariassen’s men successfully overturned a 3-2 deficit from the first leg to win 2-0 on the day and progress 4-3 on aggregate. 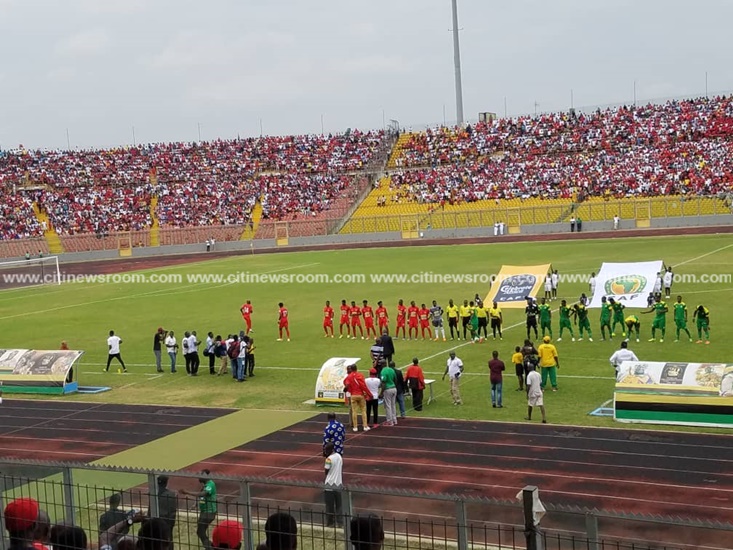 Asante Kotoko set off like a rocket and it took just 4 minutes for them to take the lead.

After good work by Emmanuel Gyamfi on the right, Matthew Kelvin Andoh latched onto the rebound after an initial save by Pillars goalkeeper Ibrahim Iddrisu, and put the ball beyond him.

The stadium erupted as Kotoko celebrated. Pillars were rocked.

But soon  the visitors grew into the game and made the rest of the first half a contest by making a double substitution just 26 minutes into the game.

The first half ended 1-0 in favor of Kotoko.

Kotoko lead Kano Pillars 1-0 with the scores tied 3-3 on aggregate. As things stand, Kotoko go through

Back from recess, Kotoko went in search of a cushion and in the 57th minute, they thought they had the second goal when striker Naby Keita Laye put a rebound shot past Iddrisu after he had made a fantastic double save to deny Samuel Frimpong and Kelvin Andoh.

But the celebrations were short-lived as the assistant referee flagged for offside.

Keita, who hadn’t seen the flag initially, was shown a yellow card for taking off his shirt in wild celebration. Double agony.

Pillars had their best chance on 67 minutes. Brilliant combination play between Nzuba Anaezemba and Nyima Nwagua unleashed the latter, edge of the box, but his left footed drive flew over Annan’s goal.

Naby Keita was involved again as Kotoko hit the underside of the cross bar, his pass across the face of goal connected by Richard Arthur but he was unlucky to see his shot come off the bar.

Kotoko denied, but not for long.

Three minutes later, Krobea finally found their second goal through Gyamfi, who finished off a spectacular lay off from Naby Keita to give the Porcupine Warriors a 2-0 cushion.

Pillars were desperate for a way back into the game. They went pressing high up the pitch and got caught out. Gyamfi went streaming down the right, before finding Arthur in yards of space. The former Wa All Stars forward scored all right, but the flag was up. Goal didn’t stand.

Naby Keita then saw red late on for a second yellow.

That was the last significant action of the the second half as referee Djindo Louis brought proceedings to a close in front of a rupturous fanbase inside the Baba Yara Stadium.

Kotoko will now face Tunisian giants Etoile Du Sahel for a place in the group stages of the CAF Champions League.

Kotoko will host the first leg on September 15 in Kumasi.