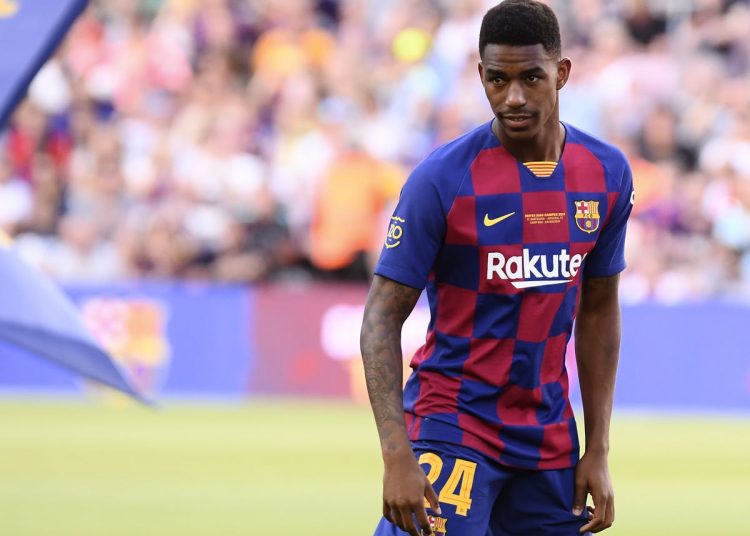 Barcelona has apologized for mocking Real Betis following a 5-2 win over their La Liga rivals on Sunday.

Following the victory at the Nou Camp, Barcelona tweeted a photo of defender Junior Firpo holding up five fingers with the caption ‘Junior knows’.

The club tweeted: “Barcelona wish to sincerely apologize for any offense caused to Real Betis.”

“No disrespect was intended, but we were wrong to publish it on a night that was very special for Junior.” 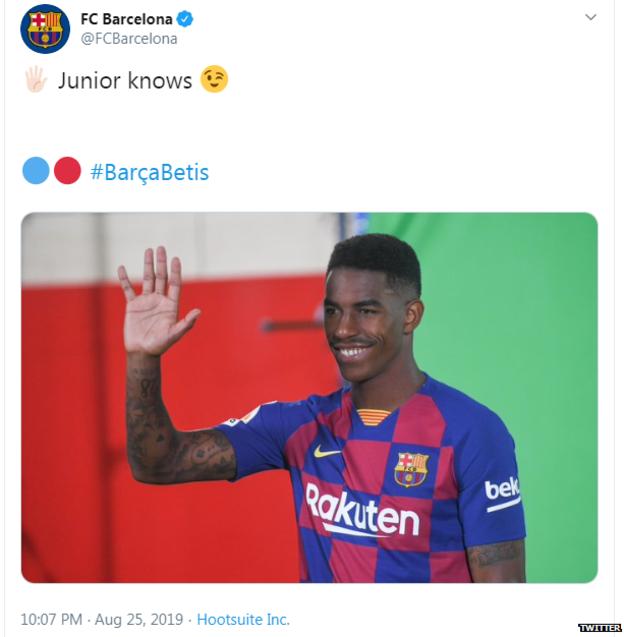 Firpo made his Barcelona debut during the 5-2 win, coming on for Brazilian midfielder Rafinha after 81 minutes.

The 23-year-old featured in 29 games for Betis last season and was part of Spain’s U21 European Championship-winning side in June.