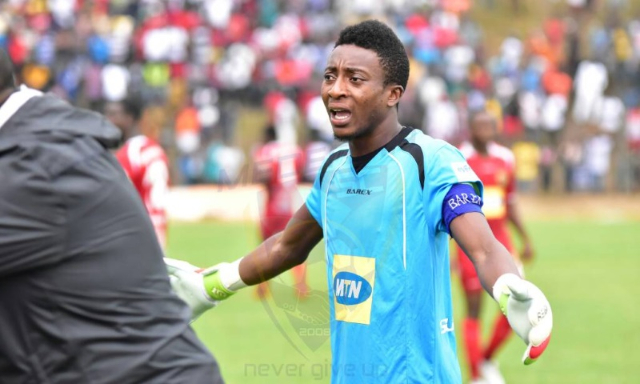 Asante Kotoko goalie and captain, Felix Annan, has called on the team’s fans to be tempered in their expectations of the players as they try to make their way through the CAF Champions League and other assignments in the coming months.

Kotoko made it first round of the Champions League after they beat Kano Pillars 2-0 in Kumasi on Sunday to progress 4-3 on aggregate.

They will face Champions League big timers, Etoile du Sahel of Tunisia, in the next round and they will hope to make it to the group stage but Annan wants the fans to keep their cool and not to place huge pressure on the team to get the needed results in the competition.

“As players, we are very ready to give 200 hundred percent but we want to tell the fans that they should limit their expectations of us. This is a new team and players are trying to gel.

Their efforts are not bad at the moment. There will be improvements as we go along. We will give our best but they need to take things easy for us and keep supporting us and we will do our best for them.”

Annan shared his thoughts on the victory the team got over Kano Pillars and said that it was good to see that they executed well on the day and they gave the fans a very good result.

“We got the result that we wanted. We used the experience of playing in last season’s CAF Confed Cup and it was something special. We are happy to have made it through to the next round.

It would have been a big blow if we had failed because of the expectations of the fans. If we did not win, we would feel as though we had not done our job. We are happy and we will try to get through to the next stage.”