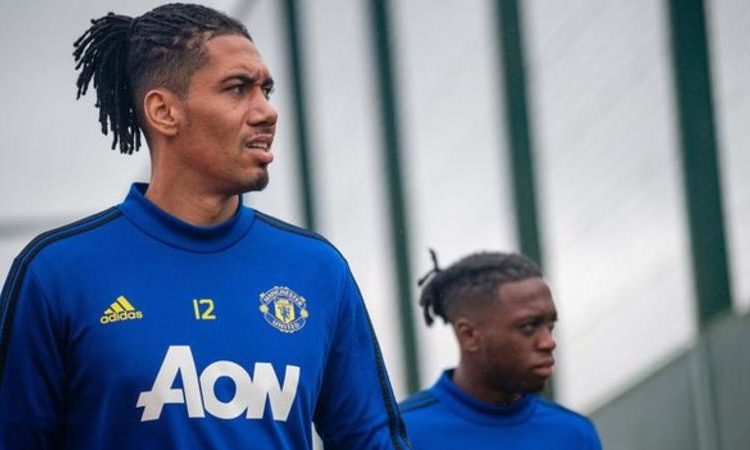 Chris Smalling had not been named in a matchday squad for Manchester United this season (Image credit: Getty Images)

Smalling has spent nine seasons at Old Trafford, winning the league title twice, but had fallen out of favour under boss Ole Gunnar Solskjaer.

“This is the perfect opportunity for me. The chance to experience a new league, with a big team that has got big aspirations is exactly what I needed,” Smalling said.

“We are pleased to bring a player like Chris, who has so much experience, to Roma,” said Roma sporting director Gianluca Petrachi.

Smalling, 29, joined United from Fulham in 2010 and extended his contract at Old Trafford to 2022 in December.

“This opportunity for Chris has come up in the last couple of days,” said Solskjaer on Friday.

“It’s a big club, a good league. There’s not many English players who have had the chance to play in Italy and I’m sure he’ll come back stronger and better for it.”

Smalling made 34 appearances last season but was on the fringes of the squad, with fellow England defender Harry Maguire – an £80m summer signing – and Sweden international Victor Lindelof established as the first-choice centre-back partnership.

However Solskjaer said Marcos Rojo, who has been linked with AC Milan, Marseille and Monaco, is “staying definitely”, along with fellow centre-backs Phil Jones, Eric Bailly and Axel Tuanzebe.

“We’ve got a squad now that’s less in numbers but still big enough and strong enough to have coverage in all positions,” added Solskjaer, who also confirmed Italian right-back Matteo Darmian is likely to be returning to his homeland.

Smalling is the fifth high-profile departure from United this summer, with Romelu Lukaku and Alexis Sanchez going to Inter Milan, and Antonio Valencia and Ander Herrera leaving after their contracts expired.