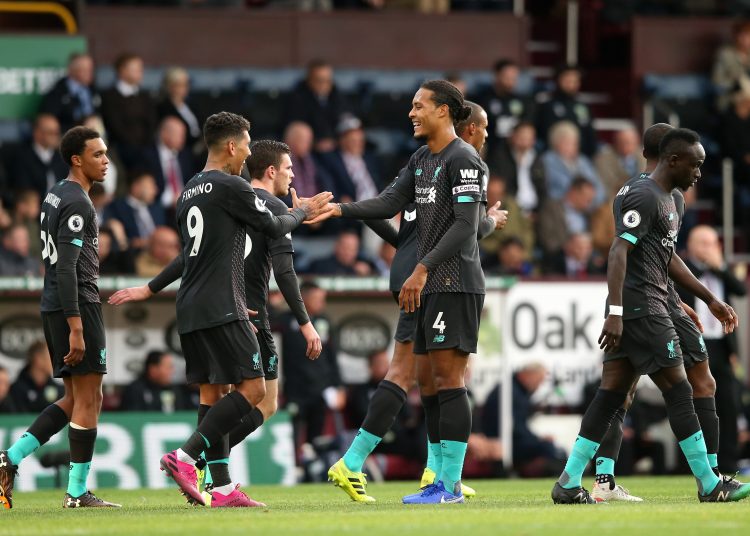 Liverpool maintained their perfect start to the season after defeating a resilient Burnley side by 3 goals to nil.

An own goal by Chris Wood, deflecting in Trent Alexander-Arnold’s cross, was added to by Sadio Mane and Roberto Firmino as Jurgen Klopp’s side regained first place little more than a couple of hours after Manchester City had briefly usurped them. 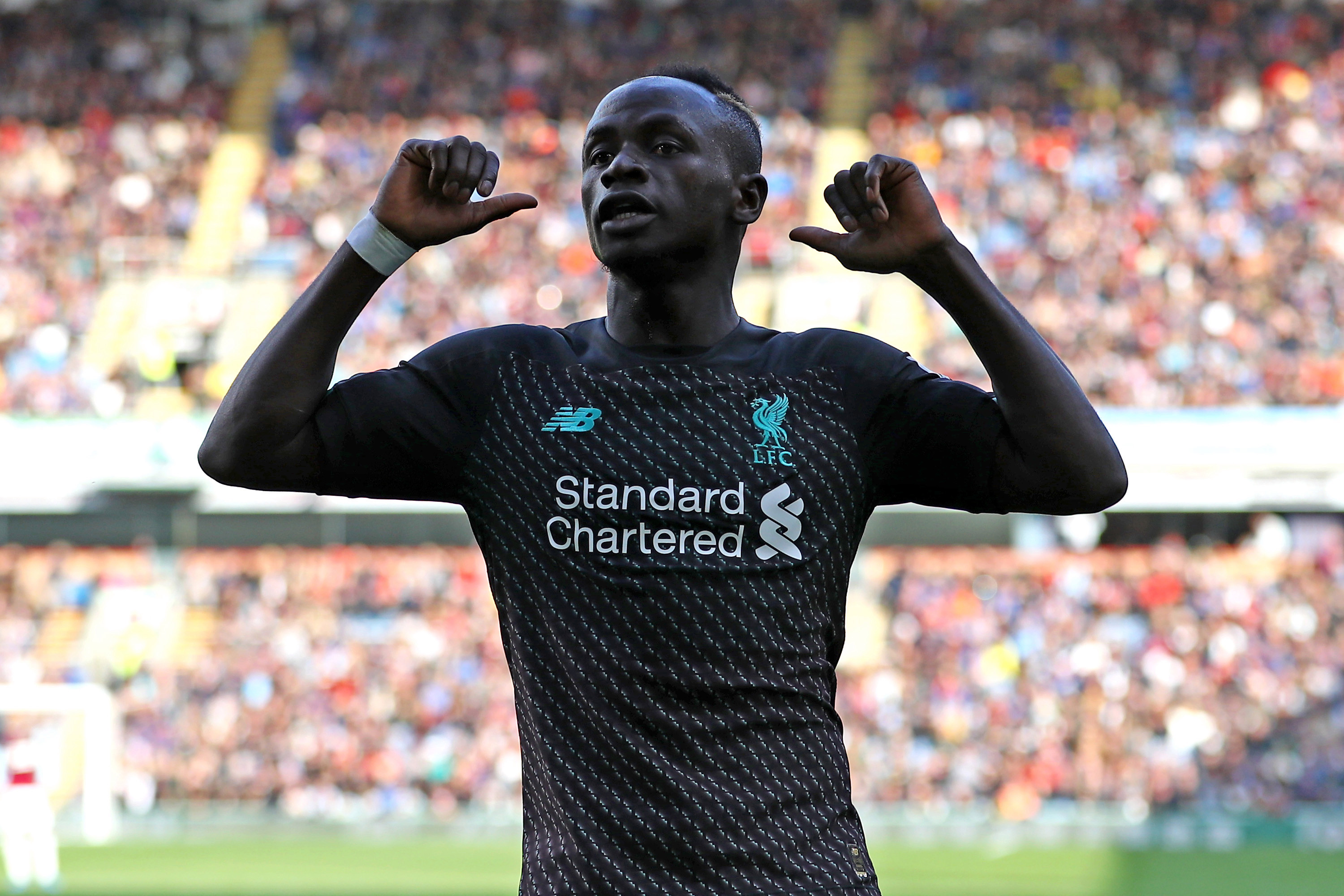 It was an afternoon of firsts for the Reds. The first time the club has won 13 consecutive league matches.

The first time they have won their opening four matches in back-to-back seasons.

A first clean sheet of the season. And Firmino becoming the first Brazilian to score 50 Premier League goals.

But this was a different type of victory to what had gone before, grinding it out before moving through the gears when they spotted the right opportunity.

In a reversal of fortunes from last weekend, when they overwhelmed Arsenal early on at Anfield, Liverpool found they were the ones having to see off the early hustle and bustle from their hosts.

Wood sprang the offside trap to force Adrian into a save after just 80 seconds and it was apparent boss Sean Dyche had identified that as the most effective way of both negating and threatening the leaders. 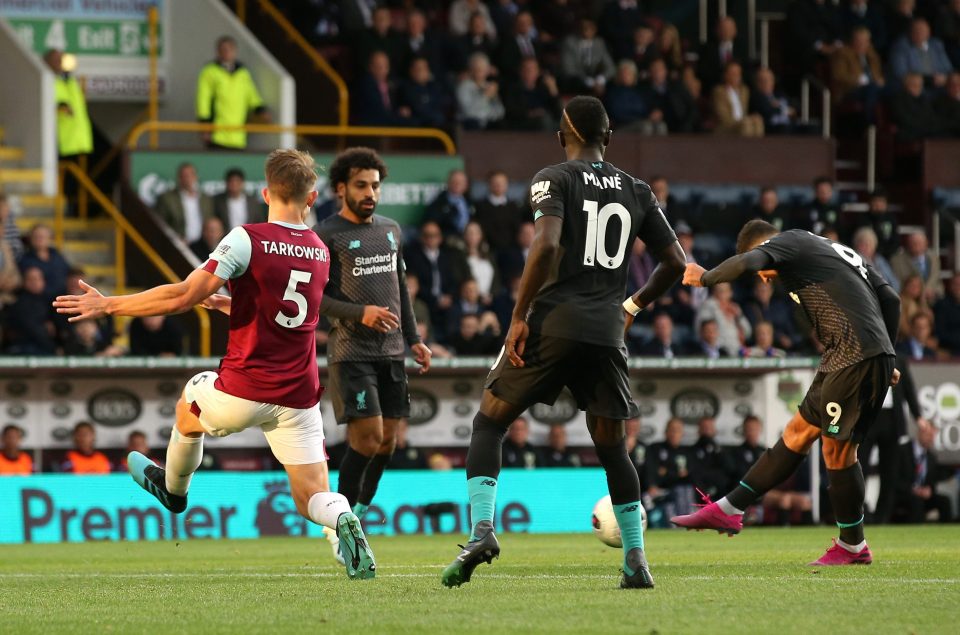 There was no risk of them being caught by Liverpool’s high-tempo, high press as they were not interested in having any possession in their final third, always looking for the quick pass forward to Wood or Ashley Barnes.

It presented a testing 25-minute period for Klopp’s side as, with the ball either in the air or heading towards their own goal, they spent a fair amount of time backtracking and regrouping as they tried to gain a grip on the game.

Alexander-Arnold had to clear over his own crossbar under pressure from Barnes from an Aaron Lennon cross but the opening spell was not entirely without Liverpool chances.

Nick Pope got the very slightest of fingertip touches to help Mohamed Salah‘s shot onto a post and then almost gifted him a goal when his legs diverted Jordan Henderson’s ball over the top from a one-two, with Salah onto the Liverpool forward who watched the rebound roll wide.

Having patiently probed, the opening goal in the 33rd minute was a complete fluke.

Alexander-Arnold’s attempted cross took a glancing blow off Wood’s shoulder and ballooned over Pope and went into the top corner.

Their second, however, was all too familiar as for once Burnley tried to play from the back and Ben Mee was pressured into losing possession to Firmino, who teed up Mane to slot home his fourth in as many games.

Burnley employed the same tactics at the start of the second half, but with a two-goal cushion and 45 minutes’ experience under their belt, Liverpool’s players were wiser to it.

Their first chance of the half did not arrive until the 72nd minute when James Tarkowski headed over from close range.

Had that gone in it would have led to an uncomfortable finish but Liverpool strolled towards full-time, with Firmino launching and finishing the counter-attack with Salah to score the third.

Four wins from four and a two-point cushion over City from the opening month of the campaign. Even the demanding Klopp could not have asked for any more.