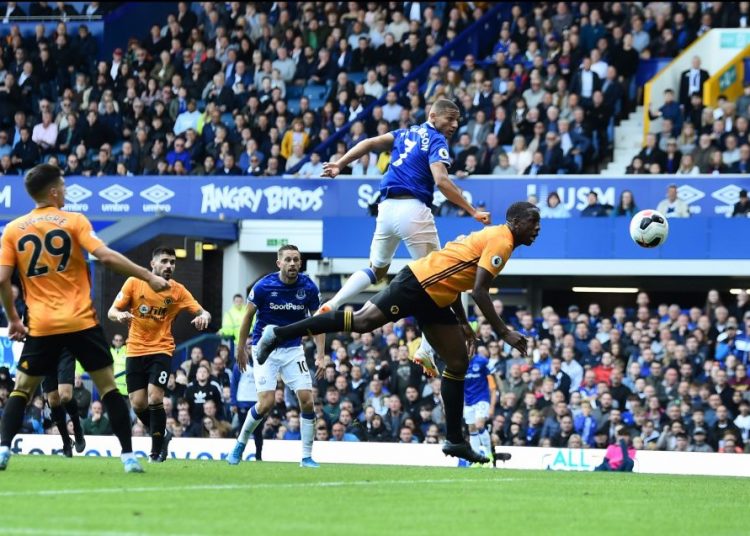 Despite twice being pegged back by the visitors, the Brazilian had the final say with a superb header to add to his early opener. 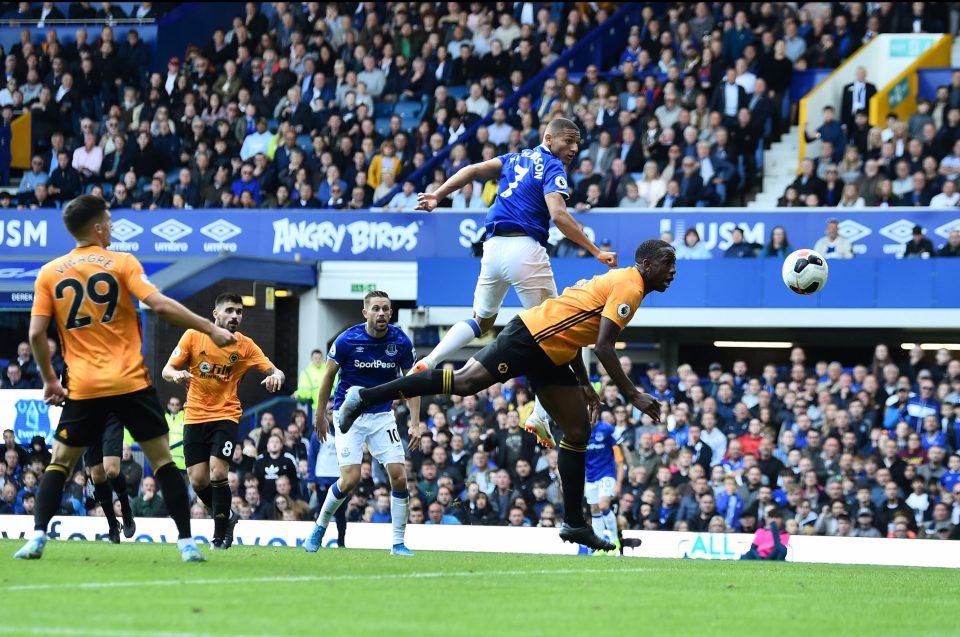 His first strike came in the fifth minute courtesy of a mix-up between Wolves’ goalkeeper Rui Patricio and captain Conor Coady.

That set the tone for a frantic opening 12 minutes, which saw Wolves equalize through Romain Saiss only to find themselves behind again moments later.

Former Arsenal star Alex Iwobi restored the hosts’ lead with a bullet header, and despite plenty of goalmouth action, the game remained at 2-1 for the ensuing hour.

Then Raul Jimenez leveled things up in the 75th minute with a brave header, only to see Richarlison climb highest to net the winner five minutes later and condemn Wolves to their first defeat of the season.

To make matters worse, Willy Boly, who was outjumped for the winner, saw red after receiving a second yellow with seconds of the game remaining.

Meanwhile, the Toffees climb up to fifth and seize the early initiative in the race for Europa League spots.