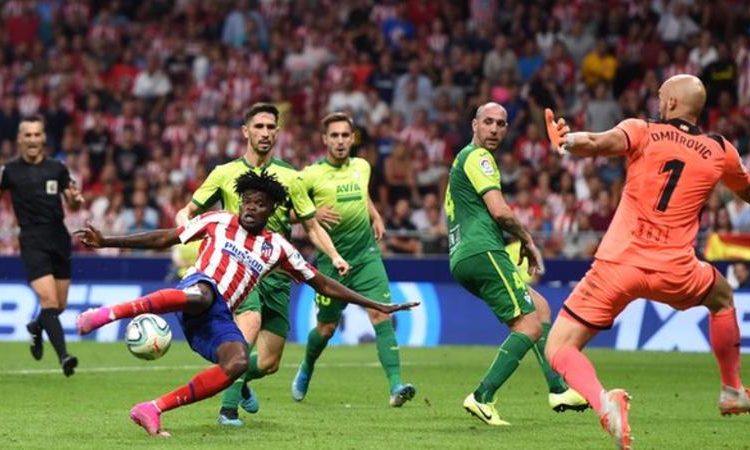 Atletico had not won a game they had trailed in by two goals since 2009 (Image credit: Getty Images)

Atletico Madrid scored a late winner as they fought back from two goals down against Eibar to maintain their 100% start to the La Liga season.

Thomas Partey’s 90th-minute goal sealed a fine comeback for Atletico who are two points clear at the top of the table.

With Barcelona and Real Madrid both drawing, it ensured Diego Simeone’s side made ground on both their rivals.

Real are four points back in fifth with Barcelona five points behind in eighth.

A header from Brazilian forward Charles and a deflected Anaitz Arbilla strike put the visitors two goals up inside 20 minutes.

However, Diego Costa’s rampaging run down the right provided Joao Felix with a tap in for his first goal in Spain since his £113m summer move from Benfica.

Former Chelsea forward Costa then lifted the ball over the top of the Eibar defence for Ghana midfielder Partey to bundle in during a dramatic finale.

Villareal 2-2 Real Madrid: Gareth Bale scores and gets sent off in draw