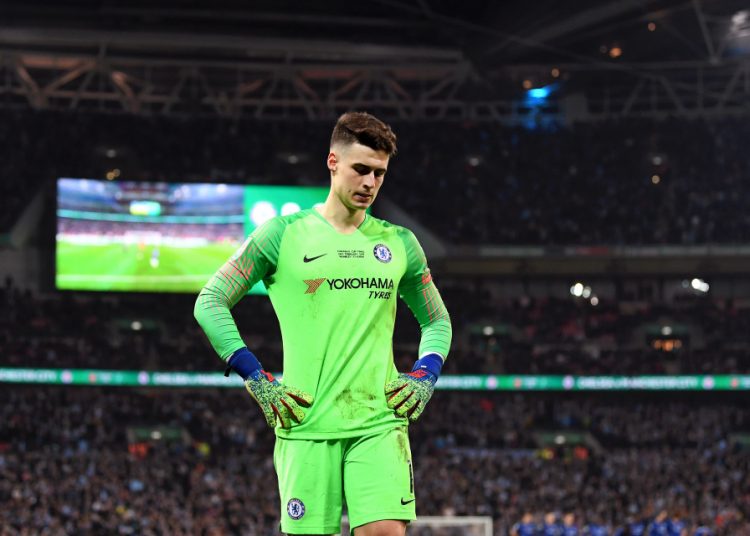 Chelsea goalkeeper Kepa Arrizabalaga has admitted he is ‘not proud’ of defying former boss Maurizio Sarri’s orders when he infamously refused to be substituted against Manchester City in last season’s Carabao Cup final.

The 24-year-old waved away Sarri’s orders when the Italian tried to introduce Willy Caballero in the dying moments of extra-time – a game the Blues lost on penalties.

Speaking about the incident to El Larguero on Spanish network Cadena SER, Kepa again expressed his regret over his actions that day – which he said happened in the heat of the moment.

“I’m not proud of what happened. I lived in a storm that week,” he said.

“It was a situation that I hadn’t lived and that came to me in a flash. Everything went very fast, with many keystrokes.

“I apologized, he explained to me what he had felt. Internally, it was finished the next day.

“It was an unpleasant situation, but we left in a good way and from there we made a great end of the season.”

Kepa, who was fined a week’s wages for the incident, is currently away on international duty with Spain who faces the Faroe Islands in the coming days.