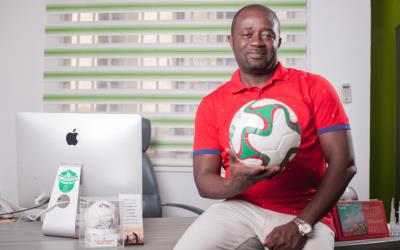 Executive Chairman of Dreams FC, Kurt Okraku, has stated that he will revitalise the local game and bring the buzz that has been absent for a long time.

Okraku stated his promise for Ghana football after the GFA’s Extraordinary Congress held in Accra on September 5.

On September 3, Okraku, stated his intentions to officially run Ghana football as Kwesi Nyantakyi’s replacement and he put out a video to state his plans and ideas for the local game.

After the Congress, he spoke to journalists and said that he possessed just what the Ghana football needed if he would be given the chance to head the FA.

“I have always thought the football industry was too stale and it needed some new energy and I am the perfect person who has that energy.”

With the imminent announcement of the roadmap for the elections, it is expected that Okraku will officially file his nomination and try to win the hearts of delegates who will vote in the elections.

Aside from Okraku, other personalities like George Afriyie, Wilfred Osei and Fred Pappoe have all stated their interest in becoming the next GFA President.