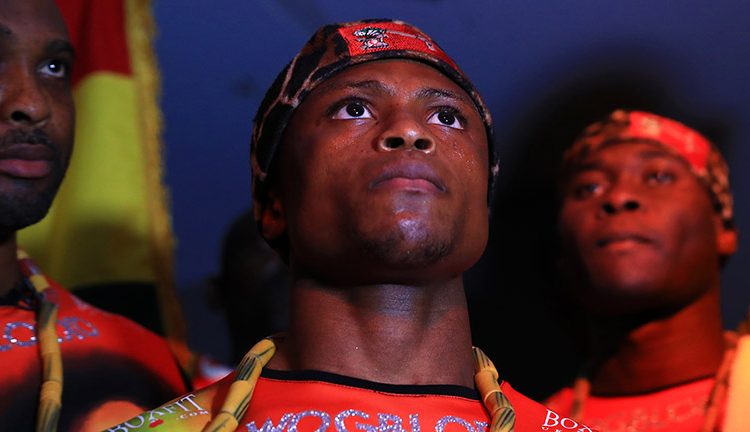 Former WBO Super bantamweight world champion Isaac Dogboe, has been placed under an indefinite suspension by the Arizona Department of Gaming.

The suspension was placed on the Ghanaian for failure to produce a medical clearance report after his last bout, and will be in place until he complies.

Dogboe infamously failed to regain his WBO belt after losing to Emmanuel Navarette back in May, in a round 11 TKO verdict.

In an emailed response to Graphic Online, the Arizona Department of Gaming stated, “Isaac Dogboe was placed on medical suspension following his last bout in Tucson on 05/11/19.

“The suspension is in effect until Mr. Dogboe is cleared by a physician.”

The suspension means Dogboe will be unable to stage bouts in Arizona until he’s cleared.

The 24-year old is in camp with his new trainer James Toney, ahead of his November 30 bout against Irishman Carl Frampton in California.

Carl Frampton fired up for November 30 showdown against Dogboe