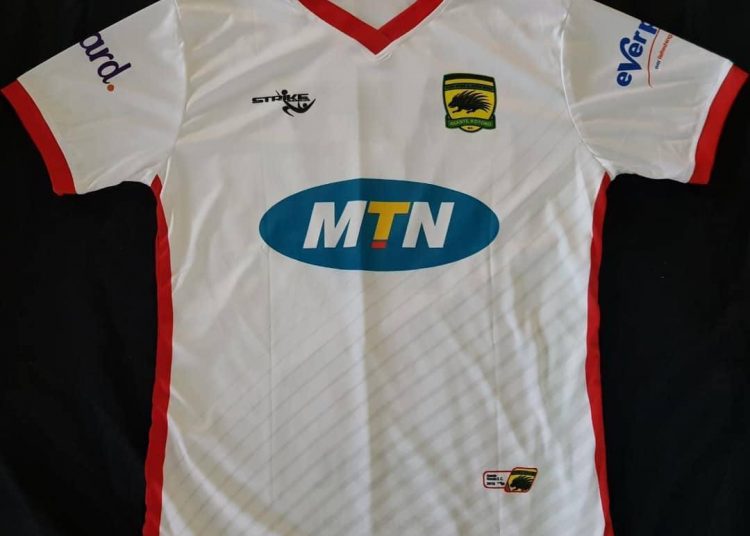 Main sponsors of Asante Kotoko, MTN, have acquired 1000 pieces of the team’s replica shirts ahead of Kotoko’s clash with Etoile du Sahel in the first round of the CAF Champions League qualifiers this Sunday.

The move is intended to whip up interest in the match and send fans to the stadium to cheer Kotoko to victory.

The development was confirmed to Citi Sports by sources close to the CEO of the team, Kwame Kyei.

Fans of the team will be given the shirts in order to create a good atmosphere for the match which is important to both sides especially Kotoko if they will make an impact on the continent this year.

Kotoko will need a very good result ahead of the second leg in Tunisia in two weeks if they will progress to the next stage of the qualifiers.

Meanwhile, CAF has named the Liberian trio of Hassen Corneh, Sekou Kanneh Jnr, and  Joel Wonka Doe as the officials in charge of the game.

Corneh will be the main referee with Kanneh Jnr and Doe acting as his two assistants.