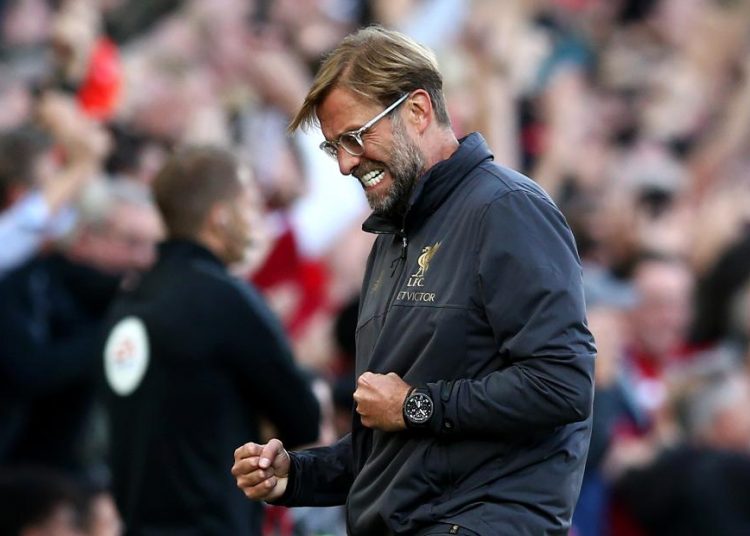 Liverpool manager, Jurgen Klopp has been honoured as the manager of the month of August.

The German was the only manager to enjoy a perfect start as he led Liverpool to the top of the table with four consecutive wins.

That run included a 3-1 victory over Arsenal and a 3-0 success at Burnley, a win that set a club-record of 13 straight Premier League victories.

Liverpool scored 12 goals and conceded only three in the month of August continuing from where they left off.

The 52-year-old, who has now claimed the award for the fourth time, topped a four-man shortlist after votes from the public were combined with those of a panel of football experts, beating Pep Guardiola, Roy Hodgson, and Brendan Rodgers.

Klopp will aim to extend his perfect start at home to Newcastle United on Saturday.

Another W for Jurgen Klopp 👊