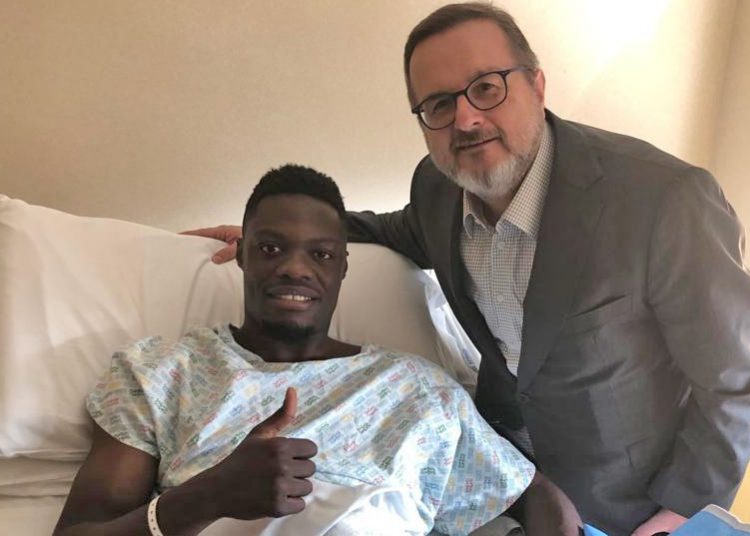 Ghana’s Caleb Ekuban will be out of action for two months after he injured his foot during training with his Turkish club side, Trabzonspor.

Ekuban’s period of inactivity was confirmed after he had surgery on the injured foot in Italy on Monday.

Trabzonspor’s official website confirmed that the procedure was a success and the player would soon return to action.

The injury rules him out of Trabzonspor’s start to the Europa League and also, the Black Stars’ start to the 2021 AFCON qualifiers.

Ghana takes on South Africa on November 11 in the first Group C match.

He was visited by the the club’s Foreign Relations Coordinator, Ahmet Fikret Gökhan, after the surgery as a sign of support from the club.

Ekuban has played three times for Trabzonspor this season and has one goal to his credit. He featured in matches against Fenerbahce (in which he scored), Yeni Malatyaspor and Kasimpasa.

Ekuban was part of the Black Stars team that got knocked out in Round of 16 in the 2019 AFCON tournament.