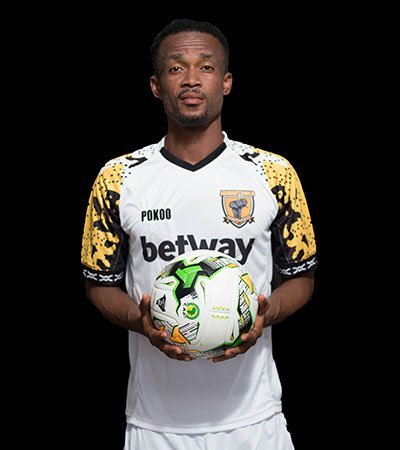 AshGold defender, Osei Agyemang, was not in the good books of the team’s fans after his performance in their 3-2 victory over RS Berkane in the CAF Confederation Cup first round first leg match played in Obuasi.

Agyemang was the subject of loads of criticism from the fans after the match and many expressed their disappointment at his output.

However, Agyemang’s team mate, Eric Donkor, has come to his defence saying that the player’s qualities are not in doubt even though he may not have performed to the satisfaction of the fans.

“Bad days happen in football. I will not feel good if I were in his shoes but we are a team. We win together and lose together. We are just encouraging each other and you can see the support we are giving to each other.

We need to fight as a team. Osei Agyemang has been fantastic for us and so, one bad day does not mean he is a bad player. He needs to keep his head up and we fight together.”

Already, AshGold are preparing for the second leg against Berkane with training sessions set for Wednesday and Thursday at the Ofori Stadium.

They will engage Asokwa Deportivo in a friendly on Saturday, September 21 before wrapping up their training camp ahead of their trip to Morocco next week.

AshGold need to avoid defeat to make the play-off stage of the CAF Confederation Cup where they will face teams that have dropped out of the CAF Champions League qualifiers for a place in the group stage of the Confed Cup.