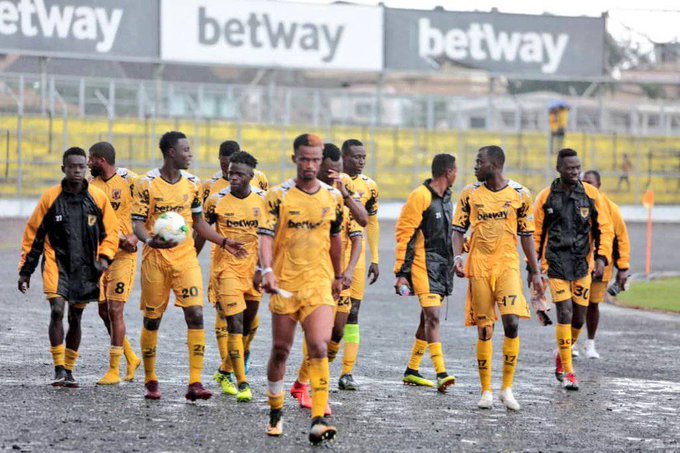 AshantiGold will head out of Ghana for Morocco on Wednesday for the second leg of their CAF Confederation Cup tie against RS Berkane on Saturday, September 28.

The Miners won the first leg 3-2 two weeks ago and they will hope to make it past the home side who needs at least a 1-0 victory to make it to the next round of the competition.

According to sources close to the club, arrival in Morocco will be on Thursday and the match will be played on Saturday.

In addition to the team’s technical team, the following players will be making the trip to Morocco:

Despite the challenging nature of the match, AshGold have been tasked by Former Ashanti Regional Minister Hon. John Alexander Ackon with giving their fans something to smile about after Saturday’s match.

He visited the team on Tuesday after their training session.

”The expectations are many but for your individual selves, turn the expectations into reality. Build your heart and mind to compliment your efforts at training. Go into the game with your mind and heart. I am sure with this perception and God on our side, we shall be victorious,” he is reported by the club’s website to have said.

Success for AshGold will send to the playoff round of the competition where they meet one of the 16 teams that will fall out of the CAF Champions League qualifiers.