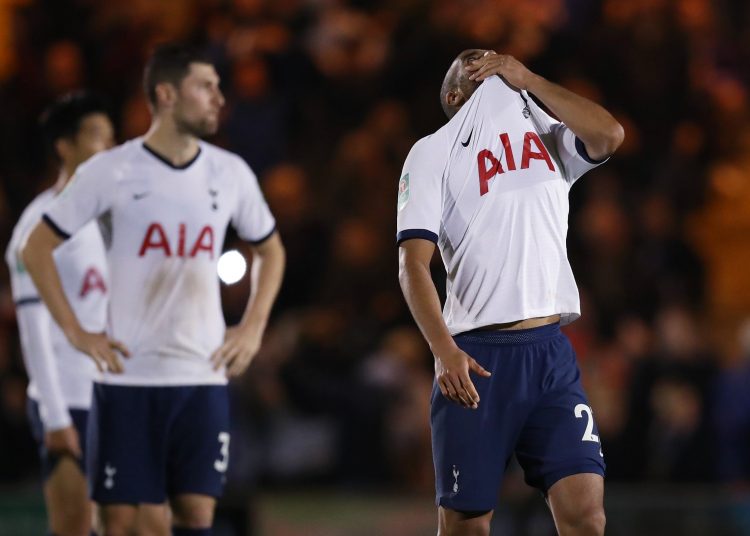 League Two Colchester United produced a huge upset as they beat Premier League Tottenham on penalties to reach the Carabao Cup fourth round.

The Essex side – the lowest-ranked team left in the competition – frustrated last year’s semi-finalists throughout the 90 minutes and won a dramatic shootout after Christian Eriksen and Lucas Moura missed from the spot.

After Eriksen’s first kick of the shootout was saved by Dean Gerken, the hosts looked to have wasted their advantage when Jevani Brown tried an audacious ‘Panenka’ effort, which was so weak that Paulo Gazzaniga was able to abort his dive, stand up and punch the ball to safety.

But when Moura smashed Tottenham’s fifth effort against the bar, Tom Lapslie stepped up to send Colchester into the last 16 for the first time in 44 years and prompt wild celebrations.

Tottenham manager Mauricio Pochettino has yet to win a major trophy during his managerial career, despite an encouraging season in 2018-19 which featured an appearance in the Champions League final and making the last four of this competition.

But his wait for a trophy will go on after the biggest shock he has experienced as a manager.

The Argentine had taken charge of 18 domestic cup ties against lower-ranked opponents since arriving in England with Southampton in 2013 and had never lost.